Dublinbikes will have a new look from next month as online food ordering service Just Eat takes over sponsorship of the popular bike rental scheme.

The web-based takeaway service will replace Coca Cola Zero as the commercial sponsor of the Dublin City Council bike-share initiative, which has seen 20 million journeys taken since it launched in 2009.

It was announced recently that there will be 15 new stations and 100 new bikes rolled out before the end of the year.

The next phase of expansion will see the introduction of bikes to the DIT Grangegorman campus near Smithfield.

“Dublin City has had the benefit of a world class bike share scheme since 2009,” Lord Mayor of Dublin Mícheál Mac Donncha said at yesterday’s unveiling.

“This commercial partnership with Just Eat will play an important role in further developing the success of the scheme and in the promotion of cycling in the city.” 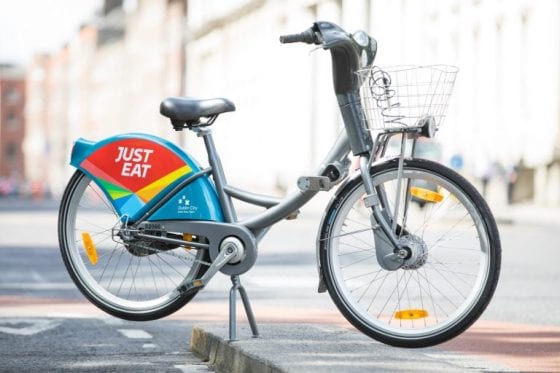 Just Eat Dublinbikes, as you see above, are set to be visible on the streets of our City Centre by the end of August.

However, it’s not only the bikes which will undergo a new look. The docking station screens, service vehicles, staff uniforms and associated inventory will all be modified as Just Eat Dublinbikes.

Owen Keegan of Dublin City Council said: “The scheme will become even more accessible with the introduction of 15 new stations and 100 new bikes when the Grangegorman expansion is rolled out later on this year.” 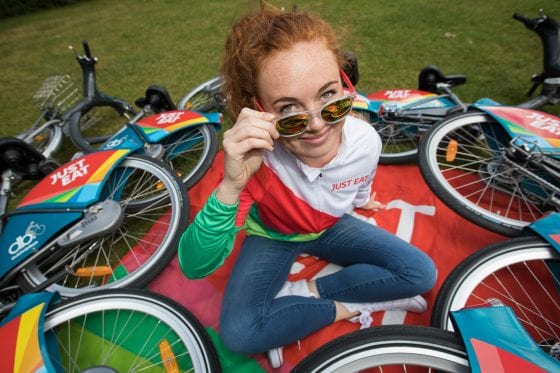 A three year agreement between Just Eat and Dublinbikes was revealed this morning at Merrion Square which will see a total re-brand of bicycles around the city.

Amanda Roche Kelly of Just Eat added: “Just Eat and Dublinbikes are, in so many ways, the ideal partners.

“First and foremost, both services were conceived to meet an everyday lifestyle need.”

07/11/2019
We use cookies to ensure that we give you the best experience on our website. If you continue to use this site we will assume that you are happy with it.Ok