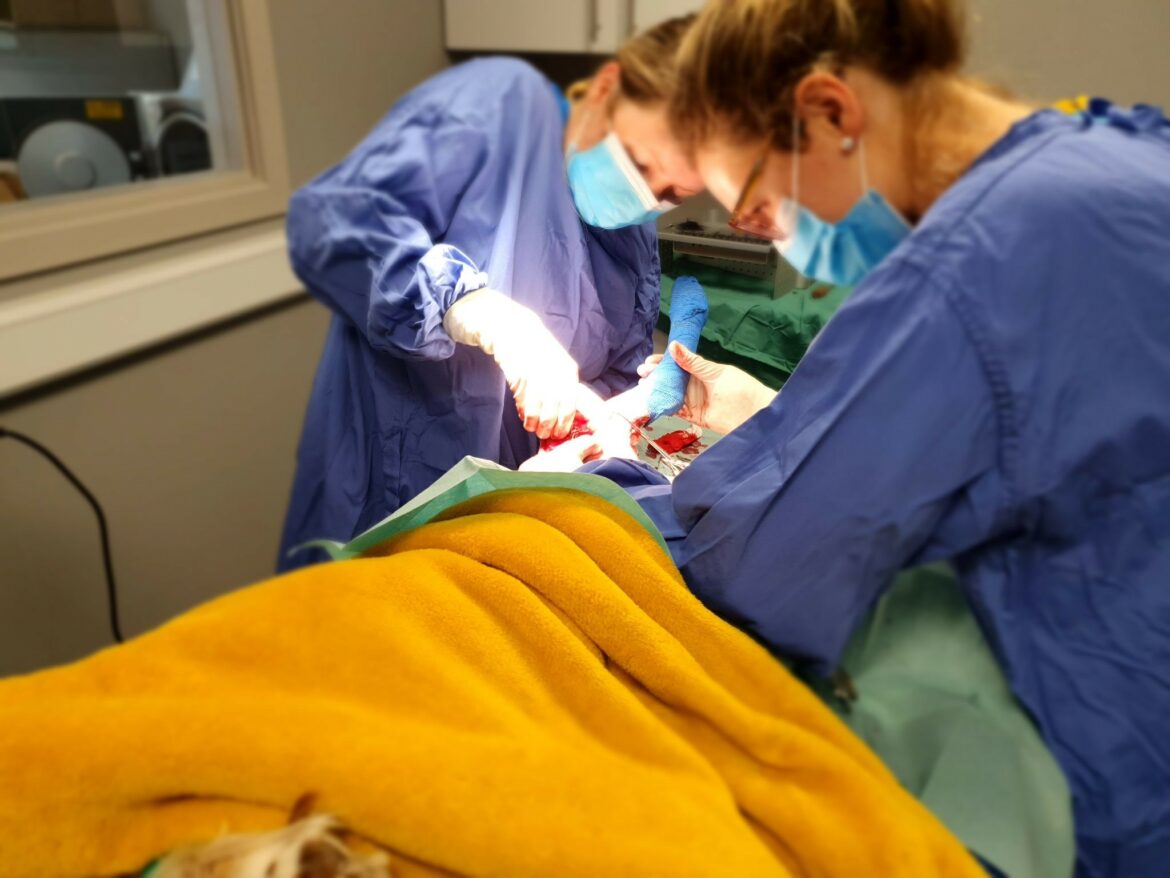 A top Dublin vet has revealed the dramatic story of her own dog’s life and death struggle against a serious haemorrhage caused by ax potentially fatal tumour.

Jenny Darmstadter, who works at the Linnaeus-owned My Vet practice in Lucan, County Dublin, said she quickly realised her 12-year-old puggle Mindy was in trouble when her precious pet collapsed at the surgery.

It was the start of a traumatic six-month fight to survive which has ended with Mindy being hailed a “miracle patient” after defying the odds to finally pull through.

Jenny said: “It all happened very fast, as Mindy went from being a little off form one morning to really frail and collapsed in the afternoon. Things were soon looking pretty grim. She was extremely weak, pale and, as an experienced vet, I realised this was extremely serious.”

Jenny alerted her colleagues at My Vet and they immediately sprang into action, led by the practice’s co-founder Liam Moriarty.

Liam explained: “Mindy had an ultrasound scan followed by a CT scan and unfortunately the news was not good – she had a haemoabdomen (internal bleeding) and was bleeding out rapidly.

“Jenny is a vet with 14 years’ experience, so she knew better than anyone this was most likely the end of the road for Mindy, yet she bravely agreed to be part of the surgery team,” he said.

Meanwhile a team of vets including Jenny gathered to perform surgery on Mindy, with the puggle even getting a blood donation from Liam’s Golden Retriever, Molly.

“Molly donated a valuable unit of blood, which Mindy needed to get through the surgery. A team of six of us then operated until close to midnight, eventually locating a rare bleeding growth on the adrenal gland – right next to a major blood vessel,” said Jenny.

According to Jenny, Mindy was extremely lethargic the day after her surgery and they started to fear the worst.

“Mindy, never one to refuse food, could not be tempted by even the tastiest treat and we decided to give her another 24 hours, and if she did not improve we would have to consider euthanasia.  Just in time, Mindy took one treat and that gave me hope. Very gradually, over the coming days she regained her strength and after a few weeks was looking much better,” said Jenny.

“However, Mindy was not out of the woods yet as there is a high chance of adrenal tumours recurring, but six months later Mindy is doing very well.

“We have repeated ultrasound and CT scans and there is no sign of the tumour coming back so Mindy is truly a miracle patient. So huge thanks to Liam and the team at My Vet, and especially Molly, who has donated blood three times in the past 18 months and is a real life-saver,” said Jenny.

Founded in 2005, My Vet is a family practice employing more than 50 staff across three sites in Lucan, Firhouse and Maynooth.