Transformation and expansion of DART Network set to begin 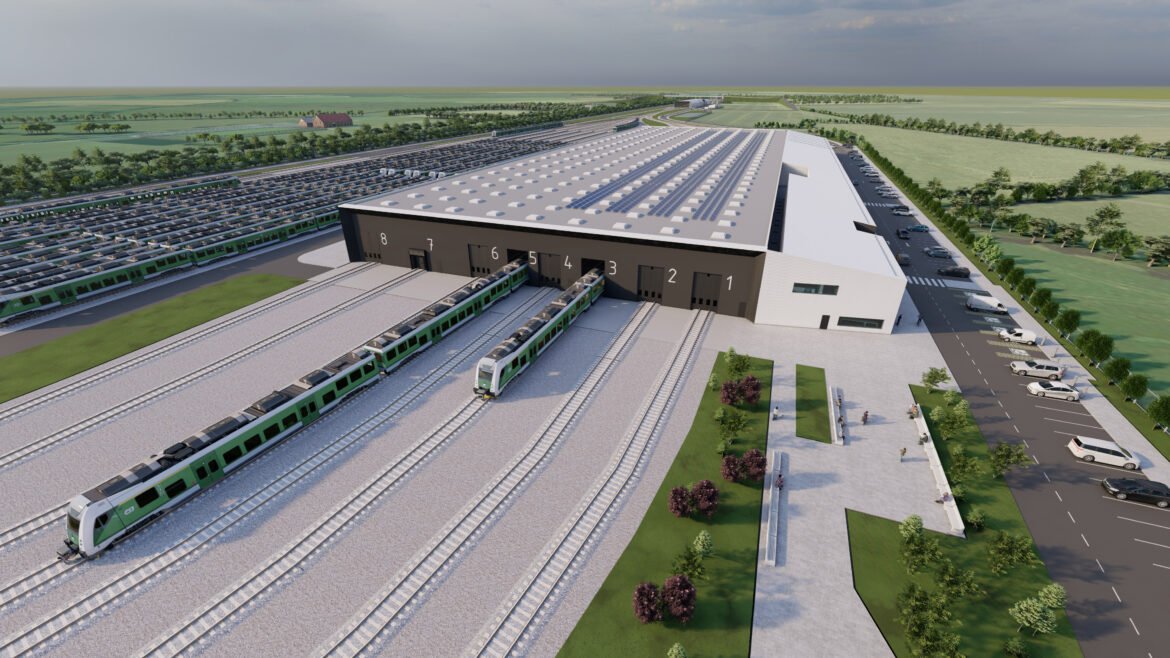 The application for a Railway Order for DART+ West is set to be lodged later this week, Iarnród Éireann has said.

The application will seek permission to extend the electrified DART network from Connolly/Spencer Dock area to west of Maynooth, Co Kildare, and to M3 Parkway, Co. Meath.  It is set to be the first major Railway Order application under the current National Development Plan.

The Railway Order application will be lodged by Coras Iompair Éireann (CIÉ), holding company for Iarnród Éireann, with An Bord Pleanála on Friday (29th July). The statutory public consultation period will then commence on 5th August and run until 30th September, a period of eight weeks.

Funded by the National Transport Authority, under Project Ireland 2040, DART+ West will provide a greatly enhanced passenger carrying capacity, with increases of more than 160%. It will deliver a more sustainable transport option, via electrification and new electric trains, for communities in Maynooth, Leixlip, Clonsilla, Coolmine, Castleknock, Navan Road, Ashtown, Broombridge, Pelletstown, Drumcondra, Spencer Dock and Connolly on the Maynooth line, as well as Hansfield, Dunboyne and M3 Parkway on the M3 Parkway line.

The planned infrastructure improvements include:

Potentially impacted owners and occupiers of lands referenced in the Railway Order Application will be contacted directly in advance of the lodgement of the order on 29th July. As part of the statutory consultation process, members of the public, prescribed bodies and directly impacted landowners and occupiers are welcome to make submissions from 5th August until 30th September.

A stand alone Railway Order application website (www.dartwestrailwayorder.ie) will be live and will feature all of the Railway Order documents. Hard copies of the documents will be available to view from 5th August.  The website will also give details of how to obtain hard and soft copies of all or some aspects of the order. Subject to receiving An Bord Pleanála approval and funding allocation, it is anticipated that construction will commence in 2024 and DART+ West will enter into operation in 2029.

Minister for Transport, Éamon Ryan TD said: “This government is absolutely committed to extending quality public transport to more and more communities, from an environmental point of view, but critically, from a social and economic point of view. Dart+ West will, for the first time, connect established and new and growing communities to the west of our capital city and into Kildare and Meath along a modern, electrified, fast and frequent rail line.

“This is a transport line along which many younger couples and families have made their homes particularly. Dart + West will give these communities a reliable and direct rail connection to the city, and offer an end to the commuting and congestion that too many have had to deal with on roads into the city. It will also mean that they can connect with the other light rail, bus and inter-rail options around the city. This is the first of many railway orders to come, which will transform travel in the Greater Dublin area, and help us meet our climate targets.”