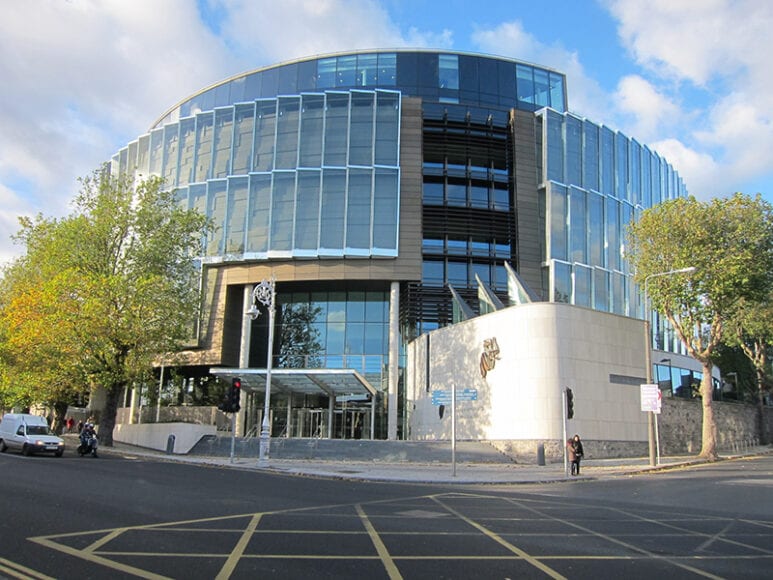 By Brion Hoban and Fiona Ferguson

A man who repeatedly stabbed an off-duty garda with a fork during an assault in which his official garda identification card was taken has been jailed for three and a half years.

John Doran (35) approached the victim while he was socialising with his partner and asked if he wanted cocaine. The victim went along with the transaction before revealing he was a member of An Garda Síochána.

Dublin Circuit Criminal Court heard that Doran, who was actually engaged in offering people a “fake drug packet”, then attacked the off-duty garda along with his co-accused.

Doran with an address at Richmond Park, Monkstown, pleaded guilty to assault causing harm and production of an article in the course of a dispute at Aungier Street, Dublin City centre, on August 15, 2020.

He has 130 previous convictions, including convictions for assault, affray, making threats to kill or cause serious harm, burglary, theft, endangerment and road traffic offences.

Judge Melanie Greally said the victim had been assaulted in an extremely violent and vicious way. She noted the victim impact statement set out the psychological impact of the assault and the injuries sustained by the garda.

She said Doran’s significant and destructive drug addiction was at the forefront of this offence. She noted he was homeless, using drugs, begging and engaged in low level criminality to fund his addiction at the time of the offence.

She noted the efforts he has since made to address his drug addiction and that he needed assistance to continue to address that on release.

Judge Greally imposed a three and a half year sentence for the assault and a consecutive 18 month sentence for the production of the article. She suspended the final 18 months on strict conditions.

Detective Garda Cathal Ryan told Gerardine Small BL, prosecuting, that Garda Craig Shields was socialising with his girlfriend on the date in question and they were walking on Aungier Street having left a pub when he was approached by Doran.

Det Gda Ryan said Doran asked the victim if he was looking for cocaine. His co-accused made up some “rips” and handed them over to the victim.

Gda Shields then identified himself as an off-duty garda and was subsequently assaulted by the accused. He was knocked out as a result of the assault and has no memory of the incident, the court heard.

A witness to the assault said he saw Doran throwing punches at the victim while women tried to put themselves between them. The witness described the co-accused throwing an “absolute haymaker” which caught the victim completely off-guard.

The witness said the victim was trying to get away while Doran and the other man kept attacking him. The victim fell to the ground unconscious and the two men continued to hit him, with Doran going through his pockets before fleeing the scene.

A woman who attempted to intervene in the incident to assist the victim told gardaí she saw Doran with a fork in his right hand during the assault. She said she saw him stab the victim in the head more than three times and also stabbed him in the face.

The woman said she saw the fork on the road following the assault.

Det Gda Ryan said the victim’s official garda identification card was taken prior to the suspects fleeing, but was later recovered. Doran was arrested after being identified on CCTV footage of the incident.

In his victim impact report, which was read before the court by the prosecuting garda, the victim said he sustained lacerations under his right eye from the fork used during the assault which has resulted in a permanent scar.

Gda Shields said his nose was fractured, causing a permanent change to its shape. He said he also suffered lacerations to the top of his head and his upper lip which both required stitching and sustained a concussion.

He said he finds it hard to sleep due to having flashbacks of sitting on the street and seeing his hands covered in blood.

Gda Shields said he was thankful his partner was not hurt and that the fork did not go an inch higher as it would have gone straight into his eye.

Det Gda Ryan agreed with Aoife O’Leary BL, defending, that her client was known to gardaí as someone who was addicted to substances and was reliant on homeless services.

The detective agreed with counsel that that her client was engaged in activity where a “fake drug packet” was offered to people.

Ms O’Leary said the defence accepts the victim identified himself as an off-duty garda prior to the assault, but said it is accepted that it was not apparent to her client that the victim was a garda member or that he did not believe him.

Ms O’Leary handed up a letter of apology from her client. She said he was heavily addicted at the time, living a chaotic life. She said he accepts his behaviour in this case was unacceptable but said it arose in circumstances where he had consumed substances and felt he was being ripped off.

Andean natives settle in for the festive period at Newbridge House