STORM Ophelia ripped through the country on Monday, leaving a trail of devastation and taking three lives, with the capital also feeling her wrath.
While Dublin may have gotten off relatively easy compared to other parts of the country, the widespread destruction caused by violent gusts of up to 150kmph caused several trees to become dangerously uprooted all across the city, in addition to widespread debris scattered about the city’s roads and footpaths.

Approximately 216,000 electricity customers remained without power on Tuesday, with effectively the entire city and country shutting down on Monday to wait out the storm while the local authorities, Dublin Fire Brigade and homeless volunteers worked tirelessly to keep people safe across the county.

The city’s streets were largely deserted as Dubliners heeded the warnings to stay home and avoid any travel, with an eerie calm settling over the empty streets as people waited for the storm to hit. 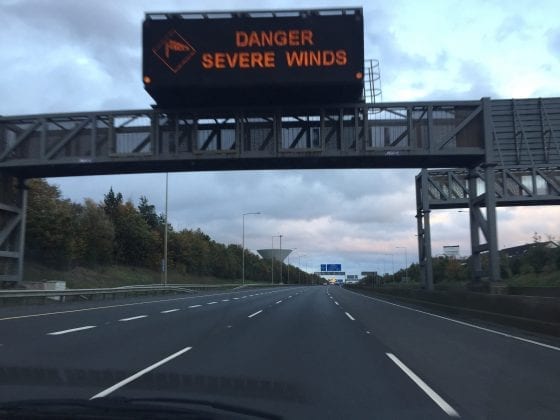 HUSH HOUR: This photo was taken at 6:15 on Monday evening, when the M50 would normally be gridlocked

Many onlookers said they’d never seen the city so quiet, with the streets and empty roads striking them as even quieter than Sundays or bank holidays.
Ardmheara Micheal Mac Donncha extended his thanks to the staff of Dublin City Council, the emergency services and voluntary organisations who mobilised for Ophelia.
He said: “On my own behalf and on behalf of the citizens of Dublin, I commend and thank all those who worked on Monday to ensure the safety of people in Dublin as the country was hit by the worst weather event in decades. 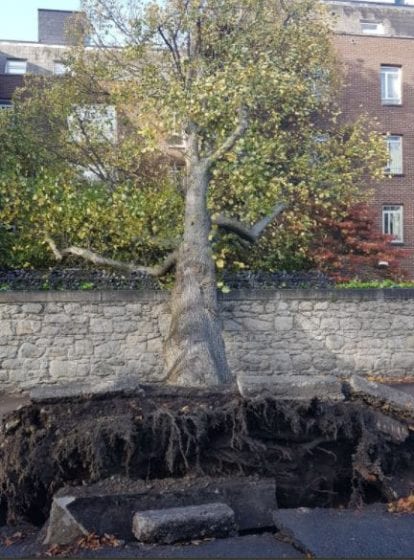 “Our own Dublin City Council staff, the emergency services and voluntary organisations all played their part in ensuring public safety and protecting the most vulnerable, including homeless people on our streets.”
Calls have been made for greater preparation in the event that we experience such extreme weather again.

Green Party leader Eamon Ryan said the positive public response to emergency messages helped save lives and showed how we can work together in the face of natural disaster.
He said: “We should use that same spirit to tackle the cause of climate change and to prepare for the more extreme weather events we can now expect to come our way.”
Mr Ryan’s comments came as Met Eireann issued fresh weather warnings for the weekend, with Storm Brian tipped to hit land tomorrow evening. 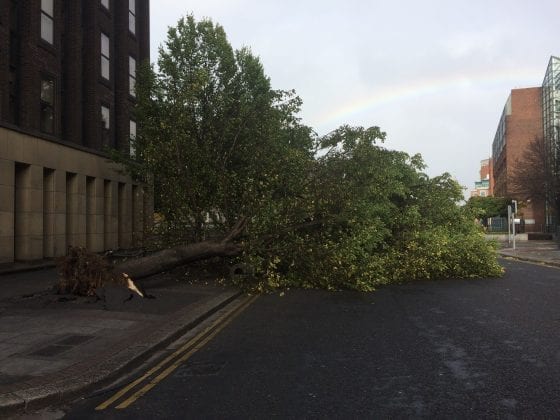 Wet and windy conditions are set to move up from the southwest, through Friday afternoon and evening, with the weather set to deteriorate even further over the weekend.
There may be spot flooding in coastal areas, and Met Eireann has said Storm Brian has the potential to trigger a status yellow warning due to heavy rainfall and gales.

Have Your Say On Outdoor Dining

Tinder rapist jailed for seven and a half...