Local authorities can now use CCTV to prosecute illegal dumpers 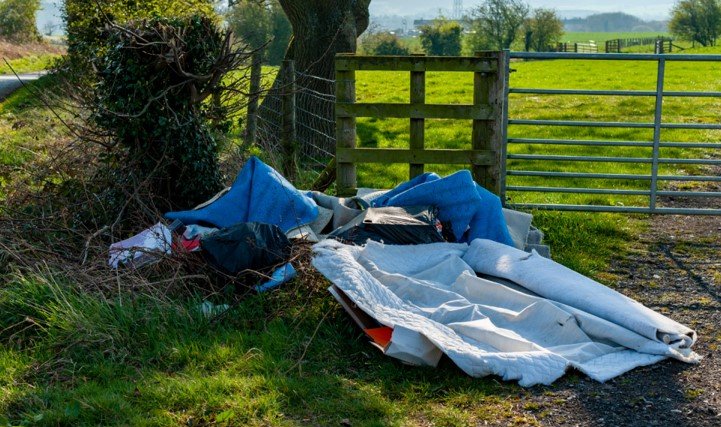 Local authorities are to be given powers to use CCTV and other technologies to tackle illegal dumping and littering, while also ensuring that there are robust data protection safeguards in place.

Although there are many litter black spots across Dublin and other counties, to date, local authorities’ ability to use CCTV to identify and target offenders had been restricted due to data protection regulations.

Speaking after the second stage of the Circular Economy Bill was taken in the Seanad, Labour Cllr James Humphreys welcomed a commitment from Minister of State Ossian Smyth that the Government’s Circular Economy Bill would provide for the use of recording technologies for waste enforcement purposes in a way that is fully in compliance with national and EU data protection law.

“Last year, my Labour colleague Senator Mark Wall brought a Bill to the Seanad, which would allow the use of CCTV in prosecution of offences relating to illegal dumping, as a result of the increase in illegal dumping in Irish country sides, particularly during Covid restrictions, when the voluntary groups, such asSwords Tidy Towns, that do a wonderful job of keeping our communities clean, could not meet,” said Cllr Humphreys.

“Senator Wall has estimated that across 31 local authorities in the country, the cost of clearing up litter and illegally dumped materials may be as much as €90 million per year, which is enormous. This is without considering the voluntary effort put in by community clean-up groups.

“As public representatives always asked about playgrounds and community facilities and the sort of money we could save in relation to that, €90 million could and should be put into those sorts of facilities.

“We need to see prosecutions of those who wreck our communities by fly tipping and feel they are above the law. Using CCTV for enforcement purposes is an important step in the fight back and will prevent illegal dumping once enacted.”

The transition to a circular economy represents a shift away from the linear ‘take, make and waste’ model, which relies on a steady supply of natural resources to create products and packaging. It also has the potential to create sustainable growth and jobs.

“The idea of a circular economy is based on an approach where the value of products, materials and resources is maintained in the economy for as long as possible, and the generation of waste is minimised. It also embraces the concept of waste as a resource and a secondary raw material that can be reused and recycled. Through a mix of economic incentives and smarter regulation we can achieve far more sustainable patterns of production and consumption.”

Other key aspects of the Bill include:

Incentivising the use of reusable and recyclable alternatives to a range of wasteful single-use disposable packaging and other items such as single-use coffee cups.

Introducing prohibitions on exploration for and extraction of coal, lignite and oil shale.

Re-designating the existing Environment Fund as a Circular Economy Fund, which will remain ring-fenced to provide support for environmental and circular economy projects.