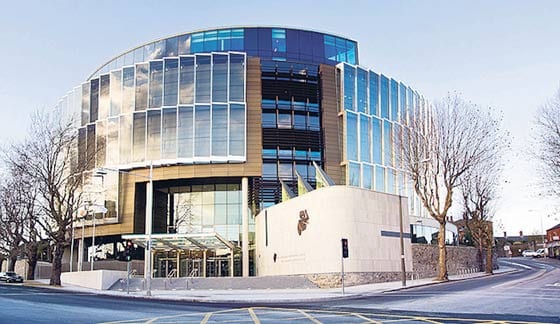 By Peter Murtagh and Fiona Ferguson

A man who raped a woman described as his “best friend” and to whom he was “like a brother” has been given a seven-year sentence with the final three and a half years suspended.

The man, who is aged 27 and cannot be named to protect the identity of his victim, was charged with a single count of rape on November 7th 2018. He was convicted by a jury on November 15th last year.

He had pleaded not guilty and, while accepting the verdict of the jury, the Central Criminal Court was told at his sentencing hearing last month that the man continued to maintain he was unaware that the victim did not consent to having sex with him.

In a victim impact statement read to the court, the woman, aged 21 at the time, described the man as having been her confidant, best friend and “like a brother” to her.

“He was my safe place, he was my protector,” said her statement.

The woman said that prior to being raped, she had been a confident, outgoing person but since then had become “cagey” of other people.

“One person’s awful actions has me questioning all actions,” she said.

Ms Justice Deirdre Murphy said in sentencing that the offence had been enormous breach of trust which had damaged the injured party’s view of the world and the people in it. “That’s a significant loss,” she commented.

She noted that a probation report outlined that the man maintains he engaged in consensual sex and offered no explanation other than “being under the influence.”

Ms Justice Murphy said that even post-conviction, there was value in the acceptance of responsibility and said it may be that the young man just could not accept the full extent of the wrong that he did.

She said that having regard to the man’s previously blameless life and his capacity to ultimately be a useful member of society, the court should encourage rehabilitation.

She said she had “some sympathy” for the defence submission that the very fact of conviction and loss of reputation is itself punishment. She noted he would carry the stigma of the conviction for the rest of his life.

Ms Justice Murphy imposed a seven-year sentence and suspended the final three and a half years, on conditions including probation supervision and undertaking offence-focused work.

She imposed further conditions including that he make himself available for assessment for sex offender and alcohol treatment programs. She backdated the sentence to last November.

During the sentence hearing last month, a prosecuting garda told by Eilis Brennan SC, prosecuting, that the woman had been out socialising and contacted the man, inviting him to join her.

They had been best friends since the age of 13, said the Garda, and the man was regarded by the woman’s parents as a son and he often stayed over at their house. Their relationship was platonic, said the garda.

After leaving a pub after midnight, the man went home with the woman and was making food for them both when the woman went to her bedroom and lay on the bed. She fell asleep but woke when the man was having sex with her.

She reacted by saying to him: “No, I don’t want that.”

The man stopped and they both fell asleep. Next day, the man acted “completely normal” and no one said anything, said the Garda. However, some days later, the woman told a friend what had happened. In text exchanges, the man admitted what he had done and, on December 8th 2018, the woman made a statement to gardaí.

Questioned by gardaí and in evidence, the man accepted the woman had not consented to sex but he claimed not to have known this at the time.

The man’s counsel, Michael O’Higgins SC, said that prior to the rape, the man had been of good character and was a person of good standing in his community.

It was a “sad case that had had disastrous consequences for all those involved,” said Mr O’Higgins.

The man had stopped immediately when asked, said Mr O’Higgins. He was “deeply saddened at the grief that he has visited upon his former friend” and was “so, so sorry” that his actions had broken his relationship with the woman.

Five character references from family, friends and neighbours of the man referred to him being hard working and polite, reliable and trustworthy, and said the rape, which those writing the references accepted had occurred, had been out of character for the man.