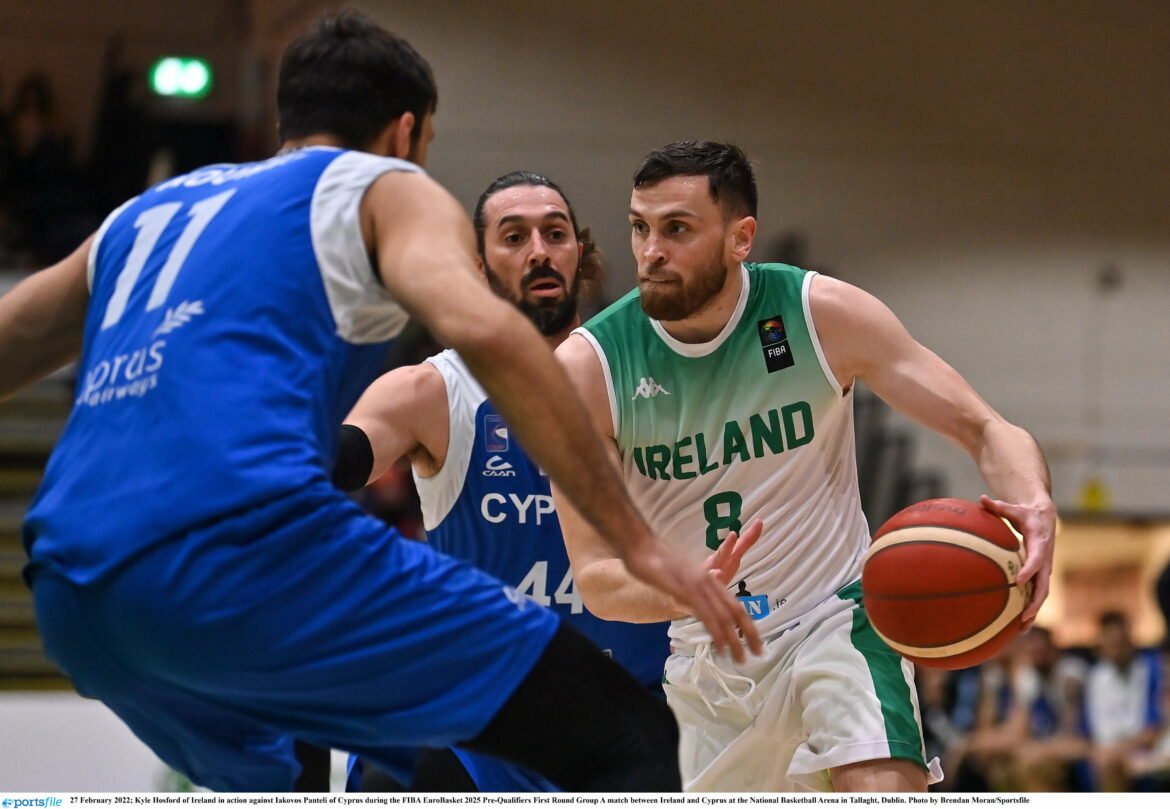 Aidan Harris Igiehon is currently playing for Grand Canyon University in NCAA Division 1. Igiehon, who was with Dublin Lions as an underage player, has been living in the USA since 2014.

Conor O’Sullivan came through the ranks at Neptune and spent three years in the USA with Birmingham Southern College in Alabama, before returning to play for Ulster University last season in InsureMyVan.ie Division 1.

Neil Lynch is another rewarded for his domestic form, helping DBS Éanna to finish top of the North Conference in the InsureMyVan.ie

Super League, as well as to the semi-finals of the InsureMyHouse.ie National Cup.

29-year-old Lynch has been previously been capped at U16 and U18 level for Ireland.

Matt Treacy, who also represented Ireland at U-17, U-18 and U20 level, has recently graduated from Southern Nazarene University. The four-times capped guard/forward last featured for Ireland in 2019, in friendly series against Slovakia and Luxembourg. The 23-year-old would make his FIBA EuroBasket debut if selected in the 12-man squad, as would CJ Fulton and Will Hanley, who both helped Ireland to success in last summer’s FIBA European Championship for Small Countries.

Head coach Mark Keenan said: “I am delighted with the squad of players that are available for selection for these final two qualifying games in our FIBA EuroBasket 2025 group. With some players not available from our previous two games, it’s always good to have new players coming into the squad to freshen things up.

“Aidan Harris Igiehon we’ve been speaking to for some time and it’s great to have him training with the squad, while we’re always on the lookout in our domestic leagues and Neil Lynch and Conor O’Sullivan deserve their chance to stake their claims. Matt Tracey has returned from playing college basketball and brings plenty of experience, as do Will Hanley and CJ Fulton, who were key players for us last summer.”

when we won the FIBA European Championship for Small Countries. With all the talent that’s in this group, it’s going to be very difficult for us as a staff to select the final 12 players.”

“Both Austria and Switzerland will pose massive challenges for us, but challenges that we are all looking forward to taking on.”

Ireland first game is against Austria in Salzburg on June 30th, followed three days later by their home contest against Switzerland, on July 3rd. Ireland remain firmly in contention in Group A, they’re third, just a point behind joint-leaders Switzerland and Austria. The group winners and the two best second-placed finishers from three groups will advance to round 2 of the Pre-Qualifiers, which begin in August, with another two-game matchday window in November.

Both of Ireland’s upcoming FIBA EuroBasket 2025 Pre-Qualifiers games will be broadcast live on TG4, Austria versus Ireland on June 30th tips off at 7.20pm, with live coverage on TG4 starting at 7.05pm. Three days later Ireland host Switzerland at the National Basketball Arena, live coverage starts at 5pm, with the game tipping off at 5.15pm. TG4’s Cispheil Beo will be presented by Galway sports broadcaster Máire Treasa Ní Cheallaigh, who will be joined by a team of expert basketball analysts. The series is produced by Fogarty Fenwick Services.

Spectators tickets for Ireland v Switzerland on July 3rd can be purchased here.