Relief as ALSAA complex in Swords gets 12-month extension 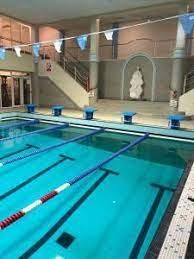 Panic ensued across sports clubs and keep fit enthusiasts in Swords and surrounding areas when rumours circulated that the ALSAA- run leisure centre located on the old airport road, was to close.

Cllrs Tom O’Leary (FG), Ann Graves (SF) and Fingal councillors received distressed emails from local clubs over the weekend claiming they had been notified the gym and pool were to close by the end of June.

A certain amount of hysteria spread, as members of the Fingal community believed the centre was to close in two weeks amidst rumours that the site was to be used for car parking or other airport needs.

However, the daa confirmed that the long-term plans for the leisure centre did not include plans to close and repurpose the site.

The daa stated: “Dublin Airport is currently requesting proposals of interest for its on-campus fitness facilities to ensure they are fit for purpose to meet the needs of over 20,000 airport staff and also the evolving needs of the surrounding community, to cater for adults, children and Special Olympians who use the centre.”

“As the most recent five-year licensing term ended in December 2021, the current operator, ALSAA (Aer Lingus Social and Athletic Association), along with a range of parties, has been invited and encouraged to participate in this process of submitting plans to provide necessary capital improvements to the facilities whilst providing a sustainable proposition to its members and the community.”

“Regardless of who the successful party is in that process, campus sporting and recreational facilities will remain accessible to members and local sporting clubs and community organisations,” stated the daa who offered an extension to ALSAA for May and June 2022, “which they declined”.

On Monday last, the daa extended the current licence to June 2023.

Cllr Tom O’Leary said: “I’m happy that there is a 12-month extension and opportunity for all parties to engage in the upgrade and future plans for this very popular sports complex and pool in Corballis.

“It’s important now that all sides engage and come up with an investment plan for this vital Fingal amenity. But whomever is appointed to run this centre,” he noted, “They must be given a suitable long-term lease in order to qualify for various funding sources including Sports Capital Grant, banks, and the Visa Investor Schemes, which is currently being used by DCU on the Morton Stadium in Santry.”

Many centre members felt the daa were being a tad high-handed with the current ALSAA management team.

“ALSAA has been providing sports and social facilities and services to the communities of Dublin Airport and Fingal county, for more than 50 years,” said Mr Jim McEvoy, CEO ALSAA.

“While all of these assets and facilities were built and paid for by ALSAA and its members, as part of a 50-year, multi-generational investment programme, all our facilities and services have been made available to the communities within Dublin Airport, as well as to the wider Fingal communities.”

He further acknowledged that “diplomatic negotiations” will be required between ALSAA and the daa, with serious and open dialogue required. He noted Fingal County Council should keep a watchful eye on the happenings, and that there are “significant others who may have a strong voice and role in fostering the continuation of provision of our sports facilities and services.”

The daa will be meeting with members of Fingal County Council on Friday next (June 17) to discuss the realistic funding required to upgrade the complex.