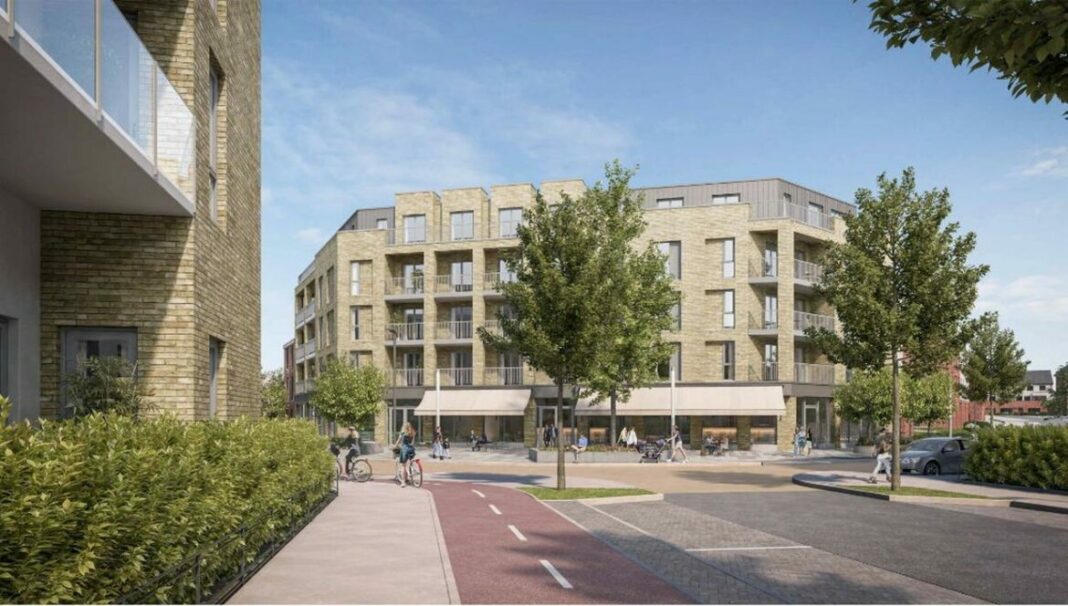 Last week, An Bord Pleanála (ABP) announced that it was unable to reach a decision within the statutory time regarding a SHD application at Corballis East.

This is thought to be the second largest such application via the Strategic Housing Development (SHD), after the Holy Cross application in Drumcondra for 1, 614 build-to-rent (BTR) apartments which was approved last year. This proposal involves the conversion of former church property along with apartment blocks up to 18 storeys high.

The applicant Aledo Donabate Ltd is owned by the directors of the construction company Cannon Kirk. Aledo is seeking 1,019 apartments and 346 houses, along with childcare facilities, a 13-hectare nature park and associated site works – all of which have been estimated to exceed €1bn when completed.

This development has been solidly opposed by the local community from the get-go, led by Donabate Portrane Community Council which described the proposal as a “declaration of war against the community” in September 2020.

Fingal County Council granted planning permission to Aledo to construct roads and services to enable future construction of more than 1,000 houses on the site, but this was later overturned by ABP on appeal, a decision heartily welcomed by the local community council.

In August last, the builders decided to go straight to ABP via a Strategic Housing Development (SHD), igniting local opposition yet again.

A member of the local Strategic Policy Committee (SPC), Cllr Henchy stated ABP stuck rigidly to the remit of the Oral Hearing which dealt primarily with the Dublin-Belfast trainline which will facilitate the future expansion of the Dart, and with the proximity of some of the apartment blocks to the Broadmeadow Estuary.

“There was no shortage of experts and consultants representing Aledo at the hearing,” noted Cllr Henchy. “I fully recognise these lands will be developed in the future, but I just don’t feel this development is right for the rural setting of Donabate village at this time. It’s within a totally rural setting; the peninsula doesn’t have a local garda station and transport services (the Dartline) won’t be coming for several years yet.

“To give this the full green light is repeating the mistakes of the past where significant housing was delivered and urgent catch-up infrastructures were years behind!”

He stressed: “As a member of the SPC, I can categorically say that local housing needs will not be addressed by these large-scale apartment blocks.”

However, he stated locating apartment blocks close to the Dartline service is ideal. “There are other applications in the pipeline for apartments and duplex units which would be situated close to rail services, and already others such as The Gallery off Turvey Avenue which have been granted.

“We cannot repeat the mistakes of the past. This should not be viewed just as a singular housing development. In tandem with housing, we need to build a community and while the large nature park within the proposal is to be welcomed, we are sadly lacking in other physical and social infrastructures within this application.”

While An Bord Pleanála stated the delay in making a decision on the Aledo Donabate proposal was regrettable, “The Board will take all such steps as are open to it to ensure that the application is determined as soon as possible.”