Volvo’s XC40 has to be the head-turning car for early 2018 with stand-out style that links traditional Volvo safety credentials with modern SUV styling. Michael Moroney took it on test and the appeal of the car just grew and grew.

I’ve been waiting to get behind the wheel of the Volvo XC40 because it’s such a new car in the Volvo range, with stand-out design lines that from the outset give it a very special appeal for me.

Before Christmas I sat into the XC40 in Volvo’s Grafton Street pop-up shop and all that did was fuel my driving desire even more.
I just wonder how many others felt the same way?

This new small Volvo compact SUV ticks so many boxes for the brand that it’s sure to be building up waiting lists across Europe, not to mention Dublin. Out on the road the appeal of the car grew more as I drove it. 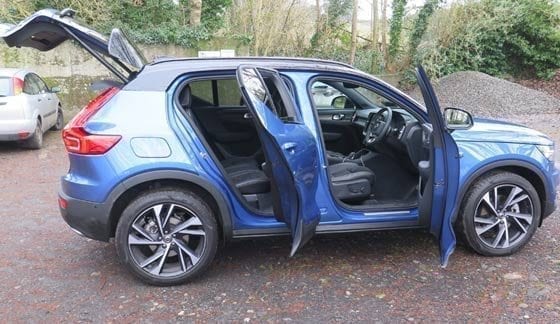 The compact car design and raised structure compared with the V40 makes the XC40 look so much more robust. That combination included large 20in wheels to add to the composure on the road. 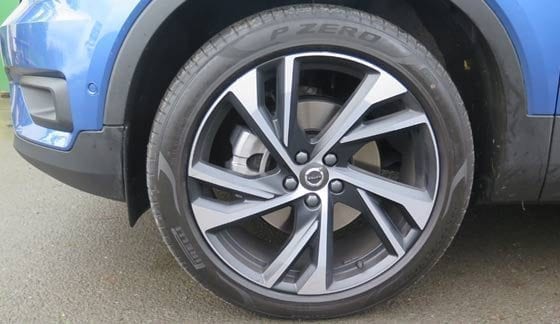 The car was powered by a 2.0 litre turbo-diesel engine linked to an eight-speed automatic gearbox and a seamless all-wheel-drive system that works only when it’s needed. The engine choice seemed a natural one, delivering power and pace to the car, with a smooth flow through the gears. 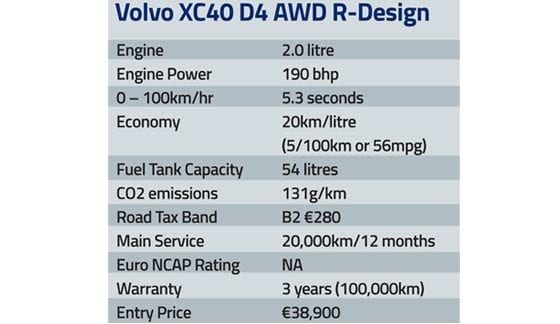 Volvo claims that this XC40 is the first car on Volvo Cars’ new modular vehicle architecture, which they claim will underpin all other upcoming cars in the 40 series, including fully electrified vehicles.

This diesel engine option is clean in terms of emissions and gives reasonable economy.
The 54 litre capacity fuel tank that also demands the use of AdBlue additive in a separated nozzle, gave me ample range of almost 800km, which is very acceptable for a car of this size. 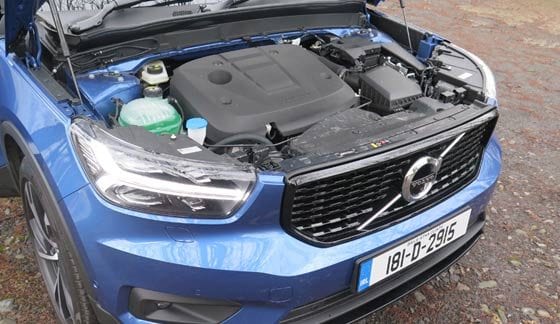 The fuel economy performance is marginally better from the smaller engine Audi Q2, while a match for BMW’s X1, both of which I would consider to be XC40’s obvious competitors.

The XC40 is a better power performer and proves itself very capable on the road, where the automatic gearbox has to be the obvious choice, but be prepared for the extra price.

The compact nature of the XC40 means that it’s comfortable in city driving as well as the more adventurous off-road locations. The all-wheel-drive system fitted to the test car will kick in on demand as wheel-slip and wheel-spin signal the need for more traction.

It feels more spacious than some of the competition and it’s marginally longer. The wheelbase also extends longer than that of the Audi Q2 and the BMW X1, for added road comfort.

With Volvo’s heritage, it’s no surprise that this car comes with all of Volvo’s safety technology that we have experienced in the 90 and 60 series cars.
Volvo claims that these technologies make the XC40 one of the best-equipped small premium SUVs on the market. 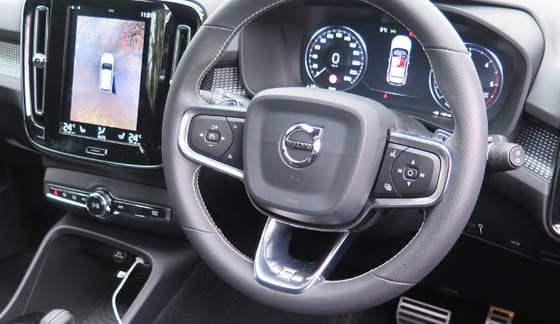 The 360° camera helps drivers manoeuvre their car into tight parking spaces.
The XC40 claims to offer a radical new approach to storage inside the car. True, there is more functional storage space in the doors and under the seats, a special space for phones (including inductive charging), a fold-out hook for small bags and a removable waste bin in the tunnel console. 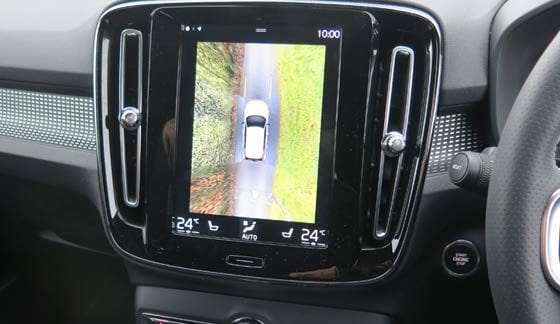 And like all things Swedish design, these spaces need a mindset to be effective, because while they are present, they don’t allow for bulky storage.
This new XC40 is available with a D4 diesel or a T5 petrol four-cylinder Drive-E engine option.

Volvo will be offering a hybridised version of the car later this year, along with a pure electric version.
Entry prices look temptingly attractive at €38,900 but that’s where the fun begins and cars such as the R-Design version that I had on test, complete with the full package of extra’s will add over €20,000 to the base price.

Make your Volvo XC40 choices with judicious care and you will end up with a car that’s stylish, distinctive and great to drive.

07/03/2013
We use cookies to ensure that we give you the best experience on our website. If you continue to use this site we will assume that you are happy with it.Ok