From ‘Mile Of Sin’ To Beatlemania, Hamburg Has Plenty For Tourists To See 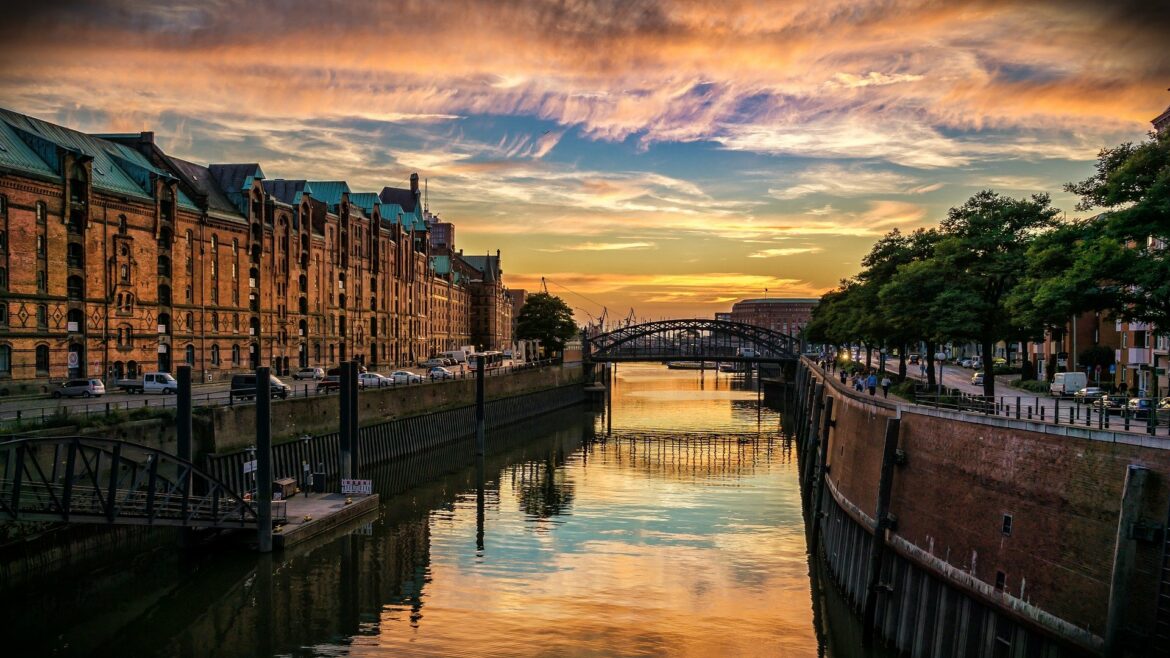 As the first rays of sun hit the water in front of you, a fishy smell reaches your nose. You hear people chattering around you while they eat their first fish sandwich early in the morning. Suddenly, a huge container ship passes next to you.

You might have guessed by now that you are in Hamburg, Germany’s second largest city. In fact, you’re at the popular fish market in Hamburg, a bustling place on a Sunday morning. The big city in the North of Germany, which is connected to the North Sea by the River Elbe, is well known for its “Fischbrötchen” (fish sandwiches).  The most common fish sandwich is prepared with Bismarck herring or with maties in a bun. Onion rings and pickles can also be added to it. There are many different varieties of the fish sandwich, and you must try it when you visit Hamburg.

The sun slowly rises as you walk along the Elbe and notice how many bridges there are. When you think of a place with many bridges, the first city that comes to your mind is probably Venice. What most people don’t know is that Hamburg has more bridges (around 2,500) than any other city in Europe and maybe even the world.

When visiting Hamburg, you should also take a trip to “Willkomm-Höft” which is the ship welcoming point at the outskirts of the town. Whenever a ship passes by, they play the national anthem of the country that the ship is registered to. Who wouldn’t want to be greeted like that? And of course, they also sell fish sandwiches there too.

You should also take a look at the impressive architecture of the City Hall/Townhall in the centre of Hamburg. It’s a massive building and the seat of the government of Hamburg. There are more than 640 rooms in the building!

Another fascinating building is the Elbphilharmonie (also called “Elphi”) an enormous concert hall which is accessible to anyone. The building itself is a work of art, from the inside as well as from the outside. It was finished in November 2016 and the goal was to create a new landmark for the city.

If you’re interested in art, you must go to the “Hamburger Kunsthalle” which is one of the largest art museums in Germany. Its astonishing collection takes visitors through eight centuries of art. Hardly any other museum offers such an impressive tour through the history of European art.

As the day passes, you’ve already got a glimpse of the charming city. But when the sun sets, another part of the city awakens. Hamburg is also well known for its nightlife, especially for the famous red-light and party street “Reeperbahn”. It’s almost a kilometer long and filled with restaurants, clubs, bars and more. You will find everything you need for the perfect night out. The district is also known for its openly shown prostitution which is legal in Germany. That’s why the Reeperbahn is also called “The most sinful mile”.

Did you know that the Beatles started their music career in Hamburg? The St. Pauli district (which is where the Reeperbahn is located) is also the district where the Beatles regularly performed before they got really famous. They performed in clubs like “Star-Club”, “Kaiserkeller”, “Top Ten” and Indra. There even is a memorial square called “Beatles-Platz” (Beatles-Place/Square) that contains five stainless steel sculptures of the Beatles.

Hamburg is definitely worth a visit. It is a major international tourist destination for a reason. Although the numbers went down due to Covid, there are still seven millions tourists a year (2019) visiting Hamburg. The magical city has a lot to offer, and I believe everyone should see it once in their lifetime.