A tale of two Civics

Ten generations on and Honda has produced a new and distinctive Civic, the company’s best-selling car in Ireland. As the Civic celebrates 40 years of production, it has emerged as a more modern and bigger car than ever before. This latest Civic has retained its distinctive style, while it’s obviously sportier in design and feels more spacious.

There is so much new in the latest generation Honda Civic and I must start with the new petrol engine options. There are two new engines for the Civic, a new three-cylinder 1.0-litre version and the new 1.5-litre option, both of which are turbo-charged. Over a period of a week, I took my turn at driving both models with my longer driving time spent in the smaller 1.0- litre version. 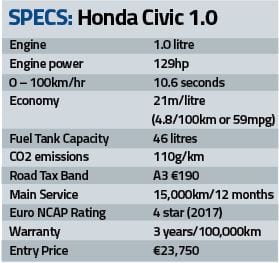 The new three-cylinder 1.0-litre VTEC turbo petrol engine is more impressive to drive than you expect. The six- speed manual gearbox gets the best out of the engine, which needs to rev into the higher speed zone for motorway driving. This will impact to some extent on the fuel economy figures which are rated at 21m/litre (4.8/100km or 59mpg).
When I moved to the larger 1.5-litre VTEC turbo, it was matched to a six-speed automatic gearbox and the performance improved as too did the fuel economy. That was because the bigger engine with more power and torque required less revs to deliver of its best.

It is also faster in terms of acceleration as you would expect given its additional 53bhp and 40Nm of engine torque. That extra power shaves about 2.5 seconds off the 0 to 100km/hr acceleration pace. Switch cars as I did and you’ll quickly notice the change in pace as the 1.5-litre version will power ahead, while not adding significantly to the running costs.
For those car owners who are mostly city drivers the engine choice will have less of an impact than some of the other useful specifications in the car. That’s why the new 1.0-litre version is attracting more attention. This engine is smooth and quiet, with power on demand when needed. The price point differences are not very large, so the engine choice, both of which are impressive, will depend on your driving style and demands.
In every aspect, this new Civic is different. Honda claims that this new Civic is lighter, yet stronger than in the past due to the use of new generation steel in its structure. The car sits lower on the road and on a longer wheelbase, for greater stability, adding to that sporty driving feel. 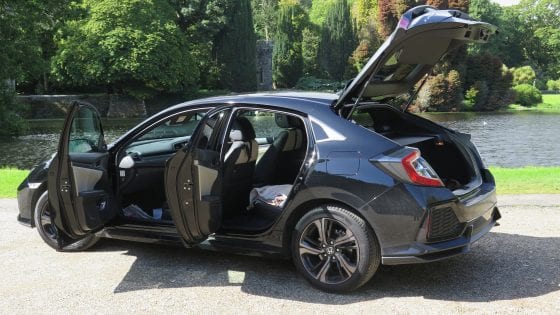 Existing Civic drivers will notice that the interior of the car is totally new, with a new easier to use layout, lots of new technologies included coupled with a lower seating position.
The layout is easy to use and I quickly got familiar with the controls and the Honda Connect system. The new instrument display layout includes a new seven-inch colour TFT-LCD Driver Information Interface (DII) display with a large digital tachometer and speedometer readout.
The driver can switch between a variety of infotainment screens, including navigation instructions, SMS and email text display, smart phone contacts, journey trip information, and smart vehicle maintenance information. The Civic has achieved a four-star safety rating in a recent Euro NCAP crash testing programme, which includes improved pedestrian impact results, helped by the car’s new collision mitigation systems.
The new 2017 Civic incorporates the second-generation of Honda’s infotainment and connectivity system, called Honda Connect which now offers Apple CarPlay and Android Auto integration. The system allows the driver to bring iPhone functionality, delivering the interface through the Civic’s display. Drivers can get directions, make calls, send and receive messages, and listen to music from the touch-screen or by voice using Apple’s Siri commands. 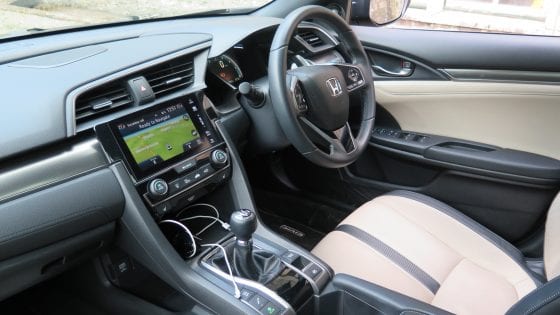 The entry price point for the new Honda Civic at €23,750 is about 6% higher than the outgoing model but this is a radically changed car with impressive performance and economy improvements. The jump in price to the higher specification models is significant adding more than €2,500 when you choose the next step up, Plus versions that come with some additional useful kit and bigger alloy wheels. 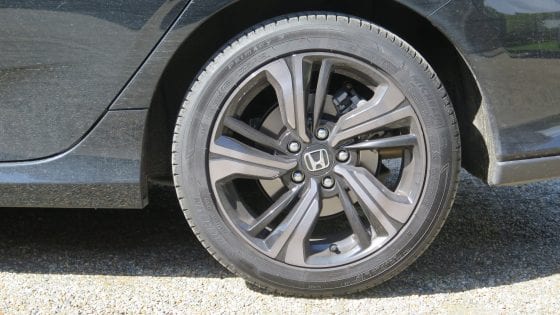 The bigger engine car for longer haul drivers adds a further €5,000 to the entry price, so choose carefully. 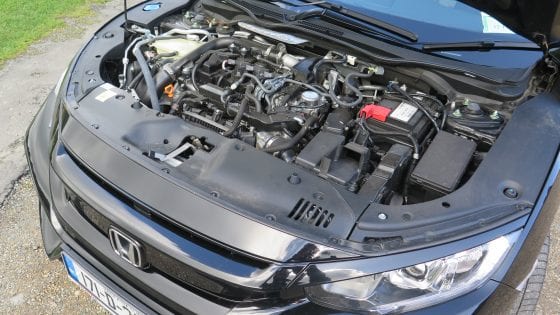 Sun above, dread below

Motoring debuts at the Ploughing Championships

Theresa first in line to lend a helping...

Dad’s plea for help to save little Livie’s...

Call for a national day of mourning and...

The people should be centre-stage when it...

Raising the steaks with a top quality...

19/06/2014
We use cookies to ensure that we give you the best experience on our website. If you continue to use this site we will assume that you are happy with it.Ok