Fresh home from her trip to Syria, Dublin Gazette caught up with Independent Socialist TD for Dublin Fingal, Clare Daly, about what she saw there.

After visiting Syria last year, Deputy Daly went back to Syria for a week with other Independent TDS – Mick Wallace, Maureen O’Sullivan and Catherine Connolly – along with around 15 other people, including some who had been involved in the Irish Palestine Solidarity campaign.

They visited Damascus, Maaloula and Aleppo. Deputy Daly said what she saw there is quite different to what is sometimes reported in the media.

She said: “It’s hard to tell the story to people from Europe when we get a slanted view of what is going on. The people there are very conscious of the one-dimensional coverage that’s given to Syria, which completely [different] to the reality on the ground.

“They feel that they are the victims primarily of Israeli, Saudi, American and Turkish interference. They feel everybody is using Syria as a ground to fight their own issues and that the people of Syria in the middle are forgotten.

“They feel the war is portrayed as a civil war, but they just want to rebuild their country and they want the war stopped. 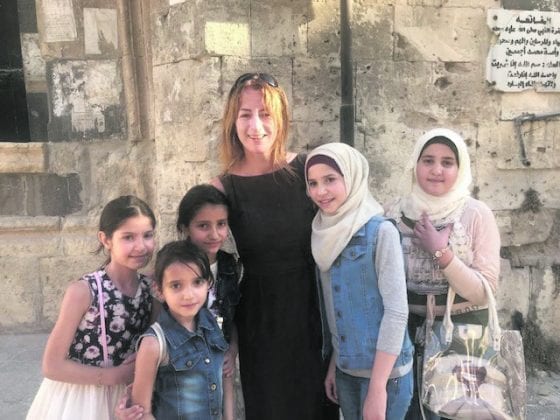 “The narrative that’s told in the West is very much based around [Bashar al] Assad. The West is obsessed with regime change, but on the ground in Syria that’s not where people are at.

“What most Syrians want is to rebuild their society and get back to the way things were.”
Deputy Daly said the destruction she witnessed over there is “appalling” and that it will take “decades to rebuild”.

One of the highlights of her trip was meeting a group of businessmen in Aleppo and hearing their stories. She said: “Life in Aleppo is very much getting back to normal” and it is “rebuilding”.

“What the people told us that was in the early years when the movements erupted against Assad, a lot of Aleppo was just getting on with things.

“There were outbreaks of war in different parts of Syria. Aleppo wasn’t really involved; they were just getting on with it.

“But then, there were some incursions, some rebel activity, leaflets were given to the factory owners saying, ‘Close your factory or die’. Nobody really believed it, they just kept on going on making money.

“Then suddenly in 2012, almost overnight, there was a frustration from the rebels saying ‘Why wasn’t Aleppo against Assad?’. Business men were being kidnapped and given back for money.

“In a 48-hour period, the city was basically taken over by about 5,000 rebels. There was no Syrian army there or anything. Almost overnight, a million people from the east ended up in the west and the city was closed off. It was obviously liberated years later by the army, but the destruction is just unbelievable.”

Deputy Daly said one businessman brought them to his factory “in the middle of this desert of other bombed-out factories, as much as the eye could see”.

She said the man had restored the first floor of the factory and there were 15 people back working. “People there are trying to reopen the factories. It was one million people working in factories in Aleppo, and they’re beginning to rebuild that and that’s the attitude of everybody you meet. It’s about rebuilding.” 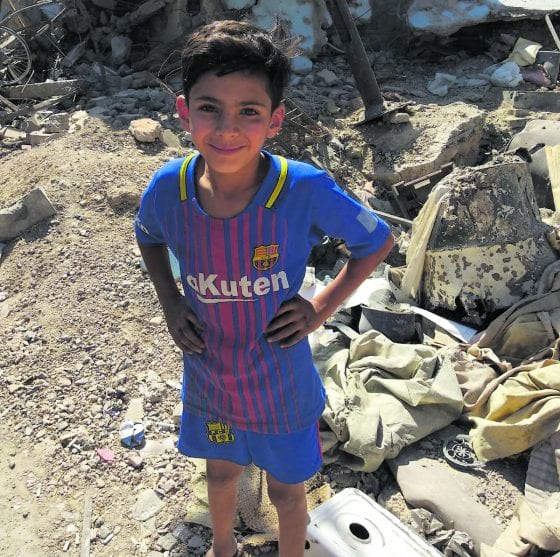 Deputy Daly believes Ireland has a responsibility in international issues and believes we should keep a “neutral role”.

“We’d be very concerned about our responsibility, in terms of our contribution to destabilising the Middle East by allowing the US military primarily to use Shannon [Airport] to refuel, [which] has been a contributing factor to the destabilisation of Afghanistan, and Iraq, and all the refugees that have flown from that.

“We know the invasion in Iraq was the bones that developed ISIS, and now ISIS is unleashed throughout Europe. So, we don’t think that Shannon should be used at all by the US military.”

As well as her passion for international matters, however, Deputy Daly has matters at home very much on her mind. Her focus is on pushing legislation, and she believes that if the focus was on legislating such as mandatory open disclosure, it would have had an impact on issues such as the ongoing cervical screening scandal.

She said: “Too many politicians in here are too fond of dealing with parish-pump issues, acting like glorified councillors, just doing the stuff in the constituency that really isn’t their business rather than legislating.

“We’re paying a price for that, because they haven’t been on the ball,” she said.

Dog of the Week: Meet Pippa

Picasso perfectly at home in the city...

Try a lovely bit of lamb to...

25/07/2019
We use cookies to ensure that we give you the best experience on our website. If you continue to use this site we will assume that you are happy with it.Ok