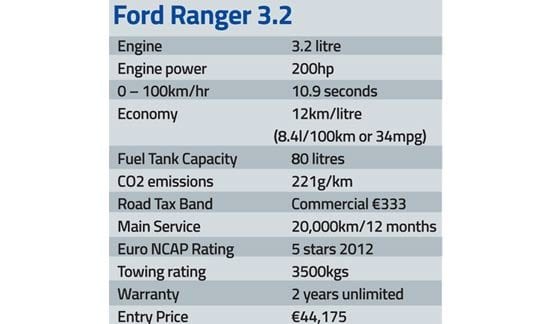 For years, Fords F150 pick-up has been America’s best-seller, across any car make and model.
Ford has built a new reputation in Europe and Ireland for the Ranger series, a more compact pick-up than what’s available in North America.

The new generation Ranger has some styling lines from the American market that add to its appeal.
My test version was a black Wildtrak Ranger and the chrome was replaced by an all-black Titanium front that gave it even more appeal.

Ford uniquely offers two engine and power bands for the Ranger pick-up. The entry model is powered by a 2.2-litre four-cylinder turbo-diesel engine. My test Ranger was the more powerful, five-cylinder version that’s rated at 3.2-litres and pumps out 200bhp from this throaty sounding engine.

The big solid engine feel and sound is more than superficial. Everything about the Ranger has a big and strong feel to it, helped by the high torque figure of 400Nm that ensures that it can tow a 3.5 tonne load at low revs and with ease.
Out on the road the six speed gearbox allows the Ranger to cruise on the motorways at 120km/hr at just about 2,250rpm, even with a full load on board. 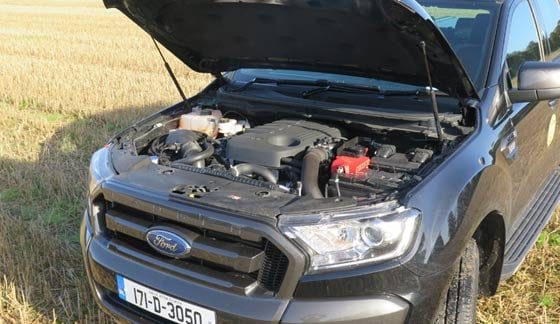 Hitching up a trailer is easy with the impressive reversing camera and when towing the load is barely noticeable because of the Ranger power.
That bigger engine delivers power and takes a little more fuel than some of the competition. 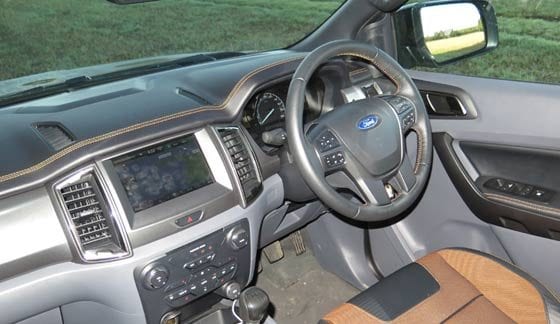 Over a test drive of almost 700km, I found that the Ranger was very near true to its economy claims of 12km/litre (8.4l/100km or 34mpg), helped by its start/stop system when driving in heavy traffic.

While the Amarok tops the league in terms of engine power and torque, all three are rated at the top towing figure of 3.5 tonnes.
Driving off road is effortless by just engaging the four-wheel-drive system in high or low range by means of a dial beside the gear lever.

This can be done on the move at slower speeds, allowing the driver to deal with frost and snow conditions on the road, as well as the more serious mud plugging adventures.

I took the Ranger across some seriously water-logged fields and with care and steady driving, my route was never compromised.
The high engine torque meant that at low revs, we pushed through the mud and water with a steady pace, with little hint of wheel spin or slippage.

The Wildtrak version comes with lots of specification on board, including larger 18 wheel, an off-road pack, as well as a leather trimmed steering wheel, and a full range of safety features that are the now available on higher-end standard road cars.
While the Ranger has not had a recent Euro NCAP test result, the overall safety package is equivalent to that available on those that have. 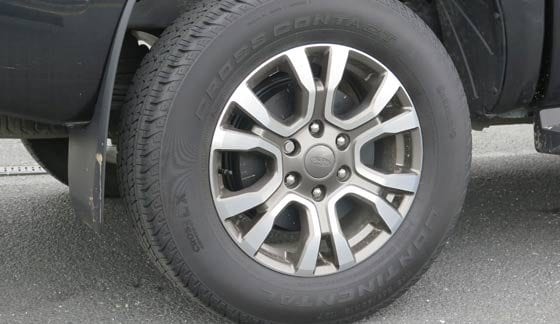 Sales of the Ford Ranger just by 26% in 2017 based on an impressive specification and competitive entry price that starts at €44,175 for this high powered version.

That’s marginally more competitive than the slightly higher power Volkswagen Amarok and more expensive than Nissan’s Navara.
The Ranger package is very complete, the vehicle is strong and workmanlike while delivering a level of comfort for the weekend, complimented by styling good looks. The Ranger deserves its market leading place and it demands a test drive if you’re in the pick-up market in 2018. 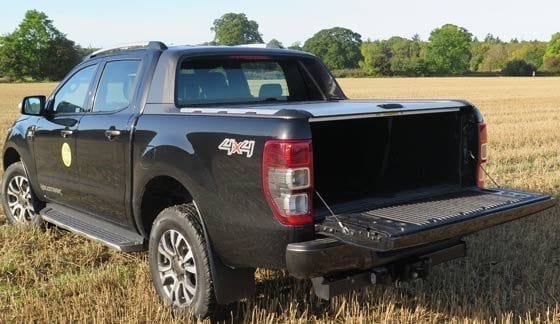 A not so secret life

07/03/2013
We use cookies to ensure that we give you the best experience on our website. If you continue to use this site we will assume that you are happy with it.Ok