Focus on Pregnancy – How to get yourself ready for change 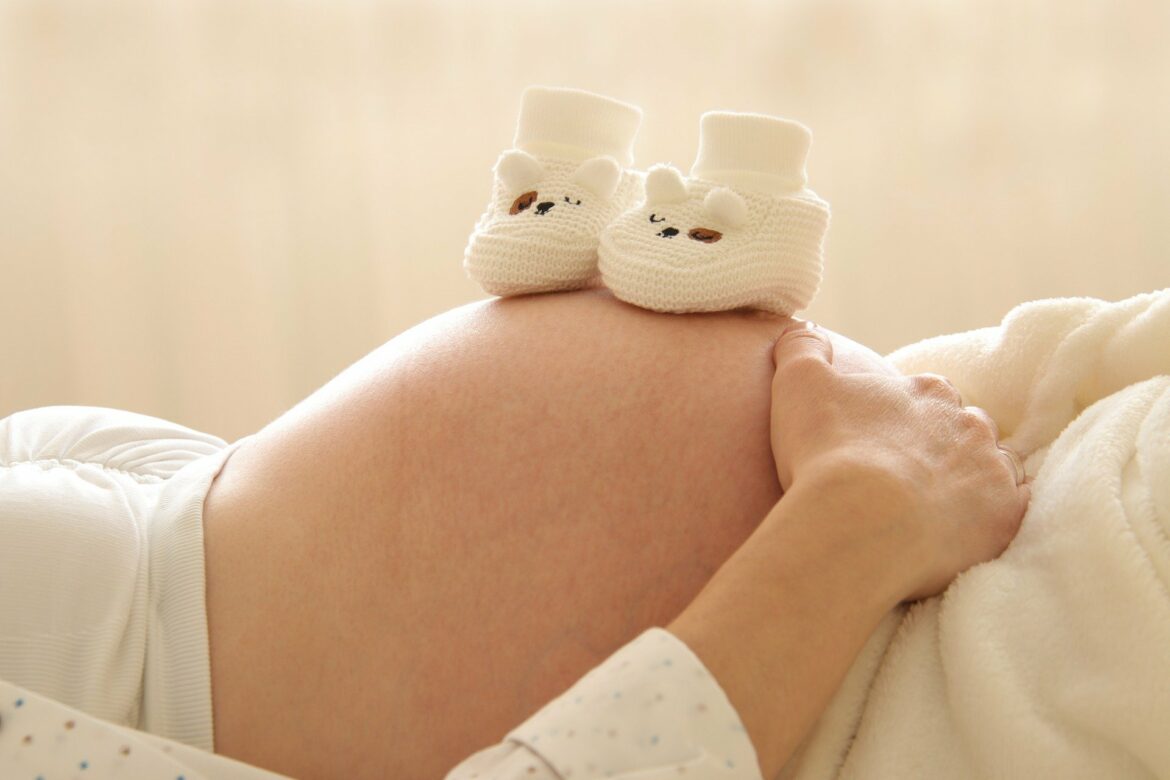 Visit your GP or midwife as soon as possible to confirm that you are pregnant and to discuss your maternity care options.

Your GP will refer you for your first hospital antenatal appointment and dating scan and ensure that you’re taking folic acid and are booked in for the flu vaccine.

During the first trimester, you can expect to feel more tired and your hormones are already causing normal breast tissue to change into milk-producing tissue, which may feel tender or sore.

Weeks of pregnancy are dated from the first day of your last period, which means that in the first two weeks, you aren’t actually pregnant because ovulation happens around two weeks after the first day of your period. Week five usually marks the first missed period, often when most women or people with wombs only begin to think they may be pregnant.

The embryo, which is around 2mm long, or the size of a sesame seed, produces more of the pregnancy hormone (hCG). Your ovaries stop releasing eggs and create more oestrogen and progesterone, which stops the period and helps the placenta growth. This hormone is present in your urine, which causes a home pregnancy test to turn positive.

By the end of week six, the embryo is about the size of a lentil. At six to seven weeks, it is sometimes possible to see the heart beating on a vaginal ultrasound scan. When you’re eight weeks pregnant, the embryo is called a ‘foetus’ and will be roughly the same length as a raspberry.

At nine weeks, the embryo is about 22mm long, the size of a grape and the face is slowly forming. At week 10, the heart is formed and is beating 180 times a minute; two to three times faster than an adult. During week 11, the head makes up one-third of the body’s length.

Week 12 is when all of the organs, muscles, limbs and bones are in place. It’s too early to feel movements yet, although the foetus will be moving a lot. At around 61mm, roughly the same size as a plum, the foetus can now suck its thumb.

This time generally brings renewed energy levels and easing of nausea and fatigue. Your baby is growing and moving, which may feel like fluttering, bubbles popping or like the baby is poking you. Contact your GP or midwife immediately if you do not feel your baby moving or feel less movement than usual.

Your stomach shape will show signs of change and, from about 16 weeks, your breasts are ready to start producing milk, known as colostrum.

You will continue to have antenatal appointments, can vaccinate to protect the unborn baby against whooping cough after 16 weeks, may have a foetal anatomy scan between 18-22 weeks and can be screened for diabetes in pregnancy between 24-28 weeks.

As your unborn baby grows and your ligaments stretch and soften in preparation for childbirth, back and pelvic girdle pain may occur. Swollen legs and ankles are common, as a result of extra pressure on your body. Your teeth and gums will also need extra care, as hormone changes can cause a build-up of plaque that leads to bleeding gums.

Women sometimes cite ‘pregnancy brain’ at this stage, saying they are more forgetful or disorganised than normal.

Weighing in at around 25g and close to a peach in size, at week 13 the genitals are forming but it’s too early to see the sex on an ultrasound scan. At 14 weeks, the body is covered in a fine hair called lanugo and is about 85mm long. Week 15 is typically when they start to hear and, despite being closed, the eyes become sensitive to light.

At 17 weeks, they now weigh around 150g, are about 13cm long and could fit in the palm of your hand. At 18 weeks, the ears are fully formed and may respond to outside world noises. By 20 weeks, thought to be the halfway point of pregnancy, their skin has a white, greasy substance called vernix covering it, protecting the skin in the amniotic fluid.

Your unborn baby weighs around 350g by 21 weeks. The lungs are not yet working properly but they are practising breathing movements, preparing for life outside of the uterus. At week 24 of pregnancy, the unborn baby has a chance of survival if born.

At 25 weeks, they can respond to touch and sound; a loud noise may prompt the ‘startle response’. Their eyelids open for the first time and they will soon start blinking. The heart rate will have slowed to around 140 beats per minute.

At 26 weeks, they are around 36cm long and their lungs are producing a substance called surfactant, allowing the air sacs of their lungs to expand and deflate during breathing. At week 27 the unborn baby weighs around 1kg and its heartbeat can be detected through a stethoscope. Week 28 marks the start of the third trimester.

Your GP and hospital appointments will become more frequent in this trimester and you can begin antenatal classes in preparation for birth. During late pregnancy, your uterus may contract and relax, known as Braxton Hicks contractions, differing to labour contractions as they are infrequent and don’t increase in intensity. Other discomforts that can be expected include stretch marks, heartburn and indigestion, haemorrhoids and varicose veins.

It’s common to experience anxiety about giving birth and parenthood and you may be feeling uncomfortable, more tired or more irritable. You might find that you are ‘nesting’, by tidying and cleaning your home more than usual.

The vernix on their skin disappears and the lanugo begins to fall off. If born now, the chance of survival is at 90 to 95 per cent, though breathing assistance would be required. At 32 weeks, they are usually lying with their head pointing downwards in preparation for birth, known as cephalic presentation.

After 33 weeks, the brain and nervous system are fully developed. The bones continue to harden, apart from the skull bones, which remain soft and separated to make the journey through the birth canal easier.

About 48cm in length, they are gaining weight rapidly and you’re probably gaining around 1lb a week, half of which is going to them. They are curled up in the uterus, with their legs bent up towards their chest. After 36 weeks, their lungs are fully formed and ready to take their first breath.

At 37 weeks, the average unborn baby weighs around 3-4kg and your pregnancy is considered full-term. By 38 weeks, the umbilical cord will be about 50cm to 60cm long and the heart and circulatory system are fully formed. You might notice your bump move downwards as the head shifts towards your pelvis.