Polo pushes on in size and safety features

Volkswagen has more than revamped the Polo as the popular supermini in its range has grown bigger and more spacious and now comes with a host more safety features, Michael Moroney found out during his recent test drive.

Volkswagen’s new Polo celebrates more than its sixth generation; it’s a celebration that the new small car in the supermini segment has grown in size, style and comfort.
When Volkswagen launched the new Polo last autumn in preparation for 2018 deliveries, it was difficult to appreciate just how much the car had changed. 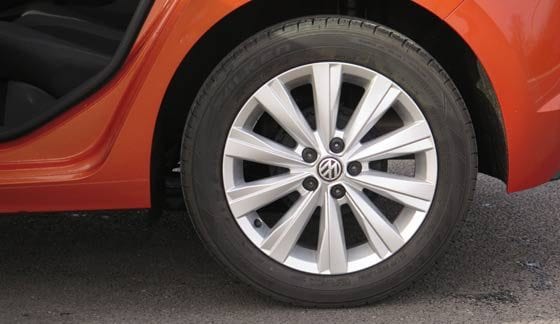 Spend some time behind the wheel and you can experience the difference.
This car is grown in stature in almost every respect. It’s bigger on the inside as well as being longer and wider than the car that it replaces. In some senses this Polo is almost as spacious as the original Golf.

Everything about the new Polo is different; the design changes are more radical than usual from Volkswagen, while it’s the size and space that are especially appealing.
This Polo benefits from Volkswagen’s new technology in every respect from the electronic dials to the large infotainment screen on the Comfortline models, to new levels of safety equipment.

There’s a bigger boot, which has grown in capacity from 280 to 351 litres, making it the most spacious boot in the supermini segment.
The car feels roomier in every sense and you’ll notice that after some time behind the wheel.

There’s also a solid feel to the Polo. Even with the entry level 1.0 litre 3 cylinder engine under the bonnet, and its light overall weight, the car retains the solid feel that we have come to accept from Volkswagen cars. 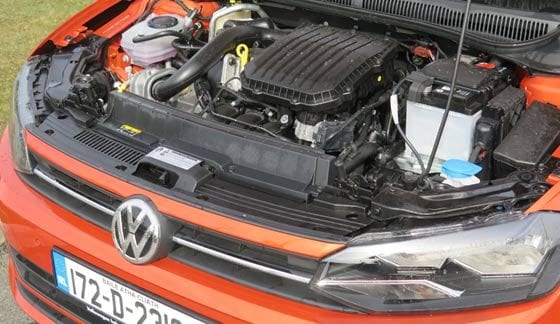 This improved 1.0 petrol engine is one of the smoothest three-cylinder petrol engine cars that I’ve driven. Volkswagen has engineered the motor and its mounting system to give smooth power delivery, even if the entry level power is relatively low at 65bhp.

Out on the road, there is no power deficiency; the car has an impressive acceleration rating of 15.5 seconds in a 0 to 100km/hr race, although the relatively low engine torque will be noticeable on steep hilly inclines.

This is a modern engine that comes with a stop-start system and a regenerative braking mode, all designed to deliver a rated fuel efficiency figure of 21km/litre (4.7/100km or 60mpg). 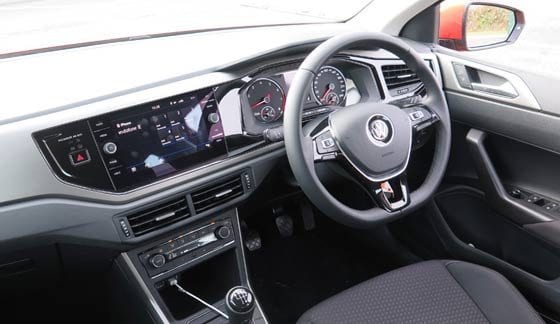 I found that this economy figure was difficult to achieve. My 600km test drive returned an economy rating that was about 20% lower, which is a usual performance relative to the quoted economy figure.

On the inside there is a more digital feel to the new Polo.
Volkswagen claims that this is the first car in its class to be offered with the optional Active Info Display. This replaces the traditional analogue speedometer and driver cluster with a very impressive hi-res 10.25-inch digital display, similar to what’s offered in the Golf.

You’ll be impressed with the car’s infotainment systems of up to 8-inches in size available and digital interfaces for smartphones. This allows users access to their apps and various online services on board and Bluetooth set up for multiple phones is easy to do.

This new Polo has more standard safety features than its predecessor, including Front Assist with Pedestrian Monitoring and City Emergency Braking.
The Polo now has more airbags than ever before, with the addition of a curtain airbag system for front and rear passengers which is designed to protect the driver’s and passengers’ heads in the event of an accident.

Not surprisingly this new Polo has recently come through the Euro NCAP crash test safety system with a five star rating.
There is good rear seat access to the two Iso-Fix child seat couplings as the doors open wide. 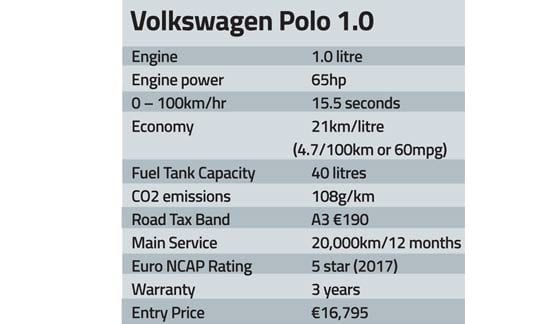 Entry prices start at €16,795 for the base Trendline model, which is competitive, while the Comfortline models give more in terms of features and accessories.
The standard equipment includes Bluetooth connectivity, 6.5-inch Composition Colour radio system with four speakers, a multi-function display and Forward collision warning Front Assist with autonomous emergency braking.

Volkswagen has lots of specification options around the new Polo, so there is plenty of choice available to build around what is an impressively spacious supermini.
This Polo has grown in size, capacity and comfort with an impressive safety system included.

A beast of a sequel, but ultimately it disappoints

31/12/2020
We use cookies to ensure that we give you the best experience on our website. If you continue to use this site we will assume that you are happy with it.Ok