Peugeot takes a lead in SUV style for 2018 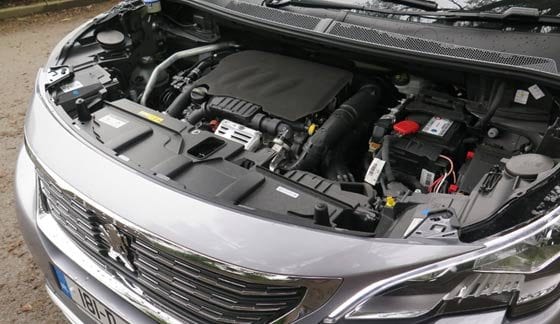 While the 5008 is the newest model to the range and the most spacious, the 3008 introduced in 2017, sets a high bar as it was voted European Car of the Year for 2017 and Irish Car of the Year 2018. For entry level SUV participants the recently upgraded 2008 offers a whole lot more than you can expect, to complete the hat-trick.

While I had an early drive in the diesel powered Peugeot 5008 at the start of 2018, recently I simply had to take a re-run in the car, this time putting the very impressive 1.2-litre turbo-petrol PureTech engine to the test. This 130bhp engine comes with plenty of acclaim as it was voted the category winner in the International Engine of the Year over three years from 2015 to 2017.

This new 5008 brings Peugeot into a growing market segment of seven seat SUV’s, with a unique design style that stands out from the crowd in a modern and distinctive way. What’s noticeably different about the new 5008 is that it now comes with the new Peugeot iCockpit and digital instrumentation across the range. The 5008 range prices start from €29,345 plus delivery related charges for the Access 1.2 130bhp PureTech petrol version, while the entry diesel versions cost an additional €520.

Peugeot claims that the new 5008 is lower and more spacious, yet less bulky than its
competitors. And while it is a full seven seat car it retains the same height as before at 1.64m while the third row passengers get an extra 21mm of head height. 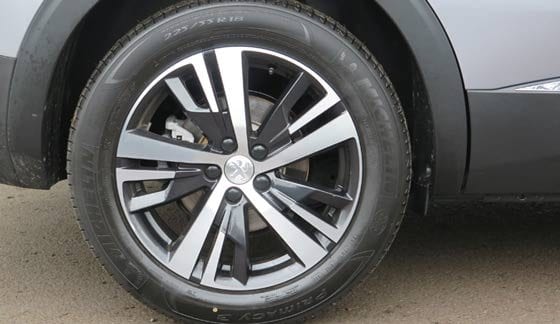 This new SUV design model is longer than the previous 5008 and Peugeot claims that this delivers additional knee room for the second row passengers who also have the benefit of individual sliding seats. The extra length means that the camera reversing kit is useful option for the 5008.

The second row of seats are matching and each separate and can be folded and tilted, while the two third row of seats can be easily folded or removed. All three seats in the second have three-point ISO-fix child seat anchor points.

The seating arrangement gives the car great flexibility. In the five seat mode, the boot space is impressively huge, while the boot itself is a shade heavy and could benefit from an auto opening system that’s available from other brands.

My most recent driving test was with the Peugeot 5008 Allure 1.2 PureTech petrol and this is the trim level that has so far accounted for 56% of the model sales so far this year. Petrol sales for the 5008 are growing with the benefit of the improved economy, and now account for 28% of all 5008 models in Ireland.

This 1.2 -litre turbo-petrol engine is impressively smooth in the Peugeot 5008. The engine power at 130bhp coupled with 230Nm of torque, means that this car is only marginally behind the bigger 2.0-litre turbo-diesel engine version of the car in terms of acceleration performance.

What’s impressive is the smoothness of the driving experience. The engine start stop system is at its perfection in a petrol powered car, such as the new Peugeot 5008.
The downside is the fuel economy figure, which in a strange sort of way is the price that you pay for a cleaner driving experience. This petrol car’s economy rating is 19.6km/litre (5.1l/100km or 55mpg), which is almost 20% lower than the equivalent 1.6-litre diesel powered version that’s almost €2,000 more expensive. 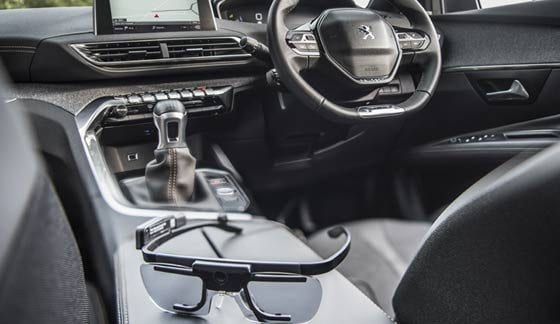 The Peugeot petrol engine range has a good reputation for reliability, economy and low emissions. This 1.2 litre turbo-petrol engine was economical to drive and over a shorter than usual test run, I found the car to be only about 16% off the officially rated economy figure.

That’s why you need to spend some time looking at your annual mileage use to clearly identify the value of moving from diesel to petrol power in a modern SUV such as the Peugeot 5008. Petrol cars will also have lower servicing costs due to longer service intervals. The cost decision will also need to factor in petrol and diesel price differences at the pump, to complete the equation.

Peugeot now offers a five-year warranty on the full range of cars and that too helps to ensure lower motoring costs.

26/07/2018
We use cookies to ensure that we give you the best experience on our website. If you continue to use this site we will assume that you are happy with it.Ok