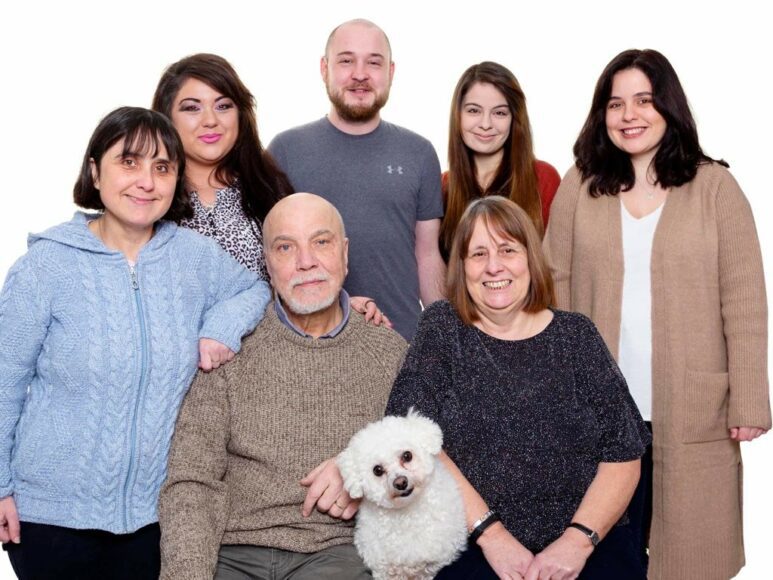 Dublin may have exited the Senior Football Championship last weekend to an elated Mayo side, and we have no Rose of Tralee this year so no Dublin beauty contesting the title – but we do have a little Dublin contestant competing for national honours.

Theo, a cutie canine from Rush will represent the capital in the annual ‘Nose of Tralee’ finals. Pet Sitters Ireland have been running this competition for several years now and it’s open to family pets, not just dogs.

“I think they have cats and even an alpaca in this year’s final,” said Karen O’Rourke, one of Theo’s adoring humans.

“Theo is a bichon frise, and he is four and a half years old. He was, in fact, a present for my sister Lorraine for her 21st birthday!

“He is a playful little character, and especially loves playing with a ball. Theo is so affectionate and cuddly – with everybody, and he is very good with children.

“There are regular visitors to our house in Rush, and my mam Susan minds young children – he is great with them all!”

“He is the only dog in our house, definitely our ‘baby’ and he is spoilt rotten! He loves sausages, and the odd ice cream and looks out the window waiting for the ice cream van!” Karen stated all members of the family from parents Susan and Martin, to siblings Karen, Lorraine, Jenny,  Keith and Michelle, love Theo to bits.

“He is so full of energy, and gets several walks a day – we all take turns to take him out.

“We were delighted when he got through the first round of voting, which was open to the whole country. Over 1,000 family pets were entered before the top three in each county were selected and now Theo is in the final representing Dublin!

“We’d love people to vote for him, and it’s a public vote this time , the dog with the biggest vote wins!

If the canine cutie brings the title home to the capital, Theo will receive vouchers from the organisers Pet Sitters Ireland, a photoshoot from sponsor David Mcauley Photography, and a €500 voucher from sponsor Tesco.