Volvo’s commitment to cleaner driving now comes in the shape of the new plug-in hybrid XC60 mid-range SUV model that heralds an era of change for the Swedish brand as Michael Moroney when he took the car rated as the safest on the market for some lengthy test drives. 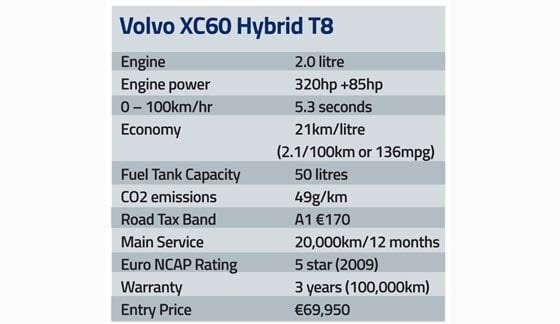 The new generation Volvo XC60 has a hybrid engine offer that confirms Volvo’s intention to have no petrol or diesel only cars in its range by next year. The new hybrid version of the Volvo XC60 affirms that plan with a drive system that claims to further enhance the capabilities of what is in every other sense, a very impressive mid-size SUV.

The 2018 version of the Volvo XC60 is impressive in so many respects. The car is such a solid vehicle on the road, combining comfort, safety and now new low levels of exhaust emissions, in one. As I’ve mentioned in the past, the XC60 does the SUV thing really well with a level of style and comfort that makes this car less intrusive than some of the other brands. 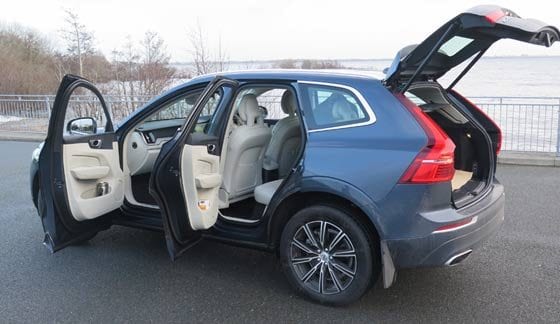 In recent weeks, the XC60 has come through a new generation Euro NCAP crash test programme to add its credits. Volvo claims that this car is one of the safest that it’s ever made, and it has been crowned the best-performing large off-roader and the car with the best overall performance in the Euro NCAP 2017 Best in Class safety awards.

The XC60 scored a near-perfect 98% in the adult occupant safety category, and its Safety Assist system scored a 95% rating, 20 percentage points higher than the nearest large off-road competitor, further confirming Volvo’s position as a leader in automotive safety.

Sometimes we take the Volvo safety message for granted, while in this car its one of its outstanding features. The other is the plug-in hybrid drive system. At a time when we are being encouraged to move away from diesel and petrol engines, the Volvo hybrid offer is timely.

This hybrid drive offer is a powerful one. Volvo combines the power from a 2.0-litre turbo-petrol engine with that of a rear-wheel-drive electric motor to give a powerful package in what’s labelled as the T8 version. The combined power comes to the equivalent of 407bhp backed by huge torque levels that give almost instant acceleration.

This smooth combination of petrol and electric power gives the car a hugely impressive 0 to 100km/hr acceleration time of just 5.3 seconds. And I assure you that it can easily deliver that pace. 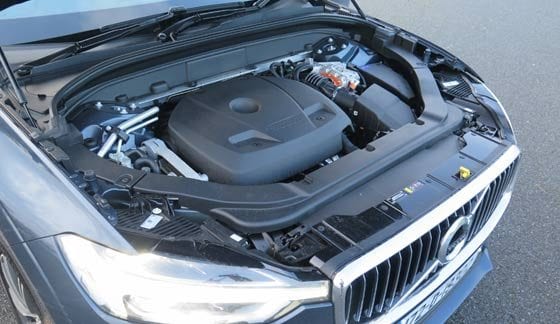 This new plug-in hybrid XC60 comes with an eight-speed automatic gearbox that allowed very smooth acceleration and when the two power sources are combined, the car has really impressive acceleration power. The transmission is very seamless and effortless to use.

Volvo’s City Safety system is fitted to every XC60. This includes automatic emergency braking with pedestrian, cyclist and large animal detection, and the world-first application of Steer Assist. This feature helps to avoid or limit the severity of collisions at low speeds by assisting with the steering in an emergency, such as when swerving to miss an obstacle.

There’s an obvious luxury feel in a minimalist Swedish way to the interior of the XC60 hybrid. The seating is good and firm with electric adjustment on the test car. The touchscreen infotainment system is easy to use and Bluetooth phone set-up took little effort and more than one phone can be connected. 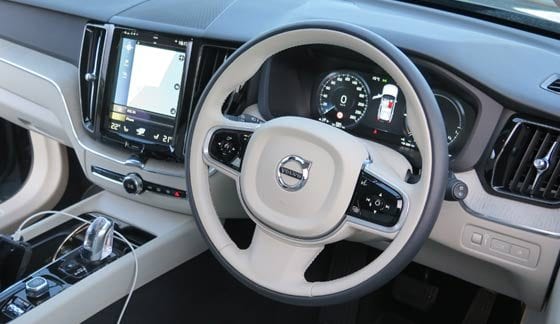 The Volvo XC60 T8 hybrid is possibly the safest and one of the cleanest cars in the luxury end of the mid-size SUV market. Hybrid XC60 entry prices start at €69,950.Grant incentives are available such as a €2,500 refund on VRT in addition to a €5,000 grant for private buyers.