It’s only natural to love the Kona

Hyundai’s new Kona is just one a raft of new smaller SUV’s to hit the market in 2018. Michael Moroney took the new Kona for a test drive and he was naturally impressed with the performance of what was the highest specification car in the range.

There’s a new batch of small SUV’s hitting the market for 2018 with compact features, attractive styling and fresh emphasis on petrol power. For reasons of diesel bad press, this new sector of the market seems to be abandoning any merits in diesel power, and there are some, in favour of new generation petrol engines. 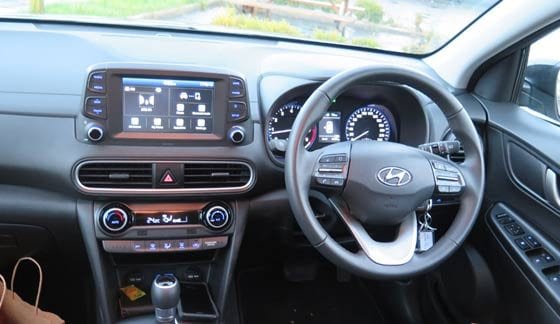 The new Hyundai Kona is one of these SUV arrivals and the Hyundai price list for early 2018 remarkably shows no diesel options. All of the Kona models are petrol powered and there are now just two options, either a 1.0-litre, three-cylinder version or the higher power 1.6-litre turbo-charged engine. Diesel and electric power options will come for the Kona later this year.

With more limited choice of engines on offer, it seems that Hyundai believes that its time to ditch diesel power. Despite this the new Kona still has plenty to offer. This is a compact SUV that Hyundai claim is a totally new car, while it has some similarities to the recently introduced and somewhat related Kia Stonic. 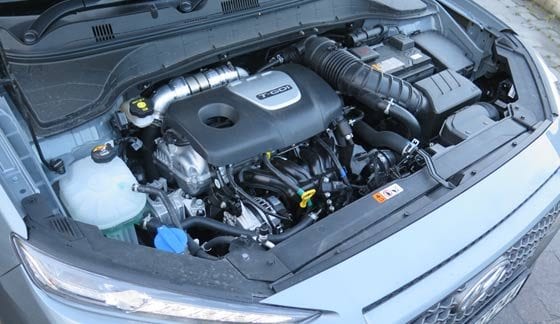 The Kia option provides the most obvious comparison for me, while there are some specification differences. Kia offers a wider choice of engines, including three petrol options and one diesel one. There are enough styling differences to give both the Hyundai Kona and the Kia Stonic their individual identities.
I took the Hyundai Kona for a lengthy test drive.

The test car was the top-of-the-range version that was powered by the new generation 1.6-litre turbo-petrol engine matched to a seven-speed automatic gearbox. The specification included the Hyundai on-demand all-wheel-drive system and a host of premium car features, while sitting on 18in alloy wheels.

The entire package gave this Kona a bigger car feel; both in terms of its stance on the road and its power. Out on the road, the Kona performed well with no power or torque hesitancy. The automatic gearbox meant smooth petrol driving with a really good acceleration pace of 6.7 seconds in a 0 to 100km/hr race. 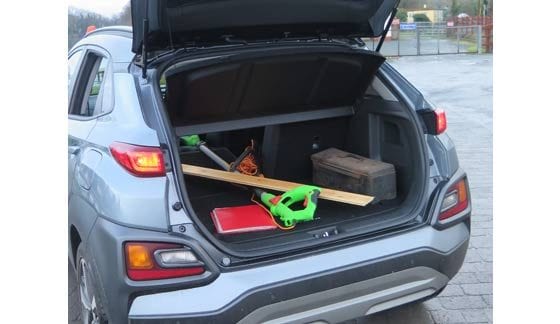 This additional pace some with lower economy levels and I just wonder does diesel power come into its own at this point. The rated fuel economy figure is 12.5km/litre (8l/100km or 35mpg), but I failed to come near that, with careful driving over longer journeys as I rarely nudged the rev counter over the 2000rpm mark and opted for the Eco mode.

Even then, I was well off this rated fuel economy figure, so there’s an obvious price for pace when opting for more Kona power, not to mention higher road tax levels.

This choice will deliver at least 30% better economy and who needs all-wheel-drive in the city anyway?
The Kona deal feels slightly higher specification than that of Kia. The car feels solid, although it was the highest grade model, so it should.

The entry level Comfort versions costing €20,995 come with 16 in alloy wheels, air conditioning, roof rails, cruise control, a 5in chrome screen, LED running lights, a lane keep assist and driver fatigue warning systems. As you move up the specification grades to the next level Executive versions the features include 7in touchscreen system with Android Auto and Apple Car Play and a rear view reversing camera for a price jump of €2,000.

The car has an excellent safety rating from the latest and more stringent Euro NCAP rating system, with two Iso-Fix couplings in the rear seat area. The larger 18in wheels on the test car gave it good road composure and coupled with good comfort.

The Kia Stonic entry prices look very competitive, while the Hyundai five-year unlimited mileage warranty has its own attractions over the Kia seven-year option.

Loving Motoring: The Power and the Glory of...

10/11/2016
We use cookies to ensure that we give you the best experience on our website. If you continue to use this site we will assume that you are happy with it.Ok