Makeup magic that will blow your mind

The world of celebrity transformations online has become somewhat of a phenomenon, with people magically transforming themselves into a host of individuals with the flick of a brush.

Make-up as an artform is consistently growing, and one person that knows that all too well is Santry native Natalie Costello.

Boasting over 17,000 followers on Instagram, she got involved in the transformation game through practicing relentlessly at home.

“I was just out of college and wasn’t working yet, and found some face paints around the house.

“I was a bit bored, so I decided to try and teach myself a few different techniques and to try and just really perfect it,” Natalie told Dublin Gazette.

A make-up artist by trade, she’s managed to transform herself into the likes of David Bowie, Michael Jackson, Amy Winehouse, and even a character from Avatar.

“I think the David Bowie transformation is one of my favourites, but I really love doing the Disney characters, the villains and princesses – they’re so colourful, they really catch people’s eye,” Natalie said. 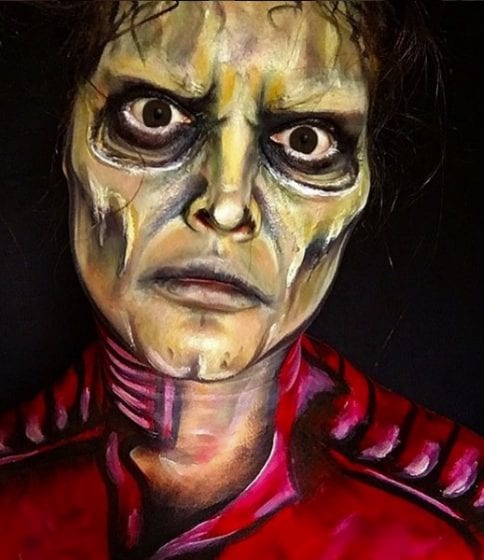 The artist went viral in 2016 for her colourful creations, specifically her Disney creations, like her ‘Beauty meets the Beast’ work where she painted half her face as princess Belle, and the other half as the notorious Beast.

Natalie said: “It all happened so quickly, but it was really cool.

“I got a lot of followers out of that and got the chance to expand my own work and have gotten to work on some incredibly cool projects – I even got to go to London to work on a Disney film!

“I was working on the new Dumbo movie, that was directed by Tim Burton and features Colin Farrell.

“I got to work on make-up for that, which was incredibly exciting, and I can’t wait to see my work in the finished result when it comes out.”

Masterclass
As for what lies ahead for Natalie, she’s hosting a ‘Halloween Masterclass’ workshop in Dublin City Centre on October 14, where she’ll teach attendees the tips and tricks to perfect transformations coming up to the big day on October 31.

The event itself is sold out, but Natalie has one tip for those looking to transform themselves on Halloween night.

“Make sure to press the make up into your skin with a sponge – that way, the character will mesh with your own skin and look even more realistic.”

We’re in the midst of a spiritual crisis,...

Explore when the Animals ruled Dublin in the...

19/07/2018
We use cookies to ensure that we give you the best experience on our website. If you continue to use this site we will assume that you are happy with it.Ok