When Volkswagen upgraded the Tiguan back in 2016 it was inevitable that they would soon offer a seven-seat version of the popular SUV. And so it has come to pass, over a year later the seven-seat Tiguan is now available with more space and flexibility in the new car offer.

In modern urban motoring SUV’s have replaced people carriers in terms of choice and they need to have the larger family capacity to fit that bill. There are now a growing number of seven-seat SUV options on the market, where the priority is space, flexibility in terms of seating and comfort. 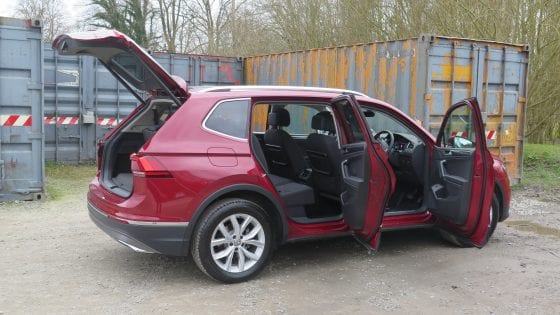 And there is a space saver spare wheel included under the floor, by some impressive engineering design. 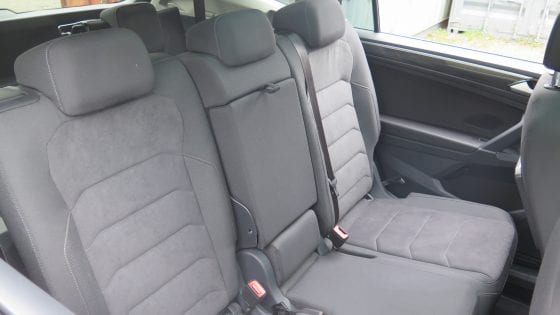 In most other respects this Tiguan Allspace is comparable to the slightly smaller five-seat version. Adding that extra row of seats gives the car much more flexibility without any significant changes in terms of performance for the Volkswagen 2.0-litre turbo-diesel engine.

This 150bhp engine is still my preference over any petrol versions, especially with a full load on board and over longer runs. The Highline specification version that I drove was fitted with Volkswagen’s DSG automatic gearbox and that added significantly to the driving comfort. The car was an all-wheel-drive version using Volkswagen’s 4Motion technology and while still feeling wintery, it was not necessary to put that extra drive system to the ultimate test. 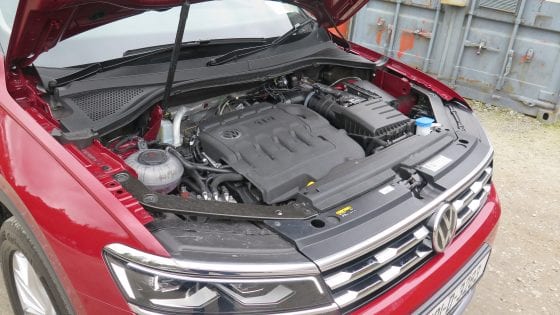 For many family SUV buyers the Tiguan Allspace choice offers morein terms of space for not a lot extra in terms of cost. The entry model differences in price are just over €1,600 before extras and that’s not a lot when you’re getting an extra row of seats and a lot more storage space if needed, when they are folded.

There are no obvious fuel economy or performance downsides when opting for the 7 seat version. While the performance might be marginally lower, for most drivers, it will not be noticeable, meaning that running costs will be virtually equivalent.

What you’ll also like is the solid feel for which Volkswagen is renowned and you’ll feel good driving this latest Tiguan. The inside is equally modern with new generation digital instruments that are clear to view and easy to use. 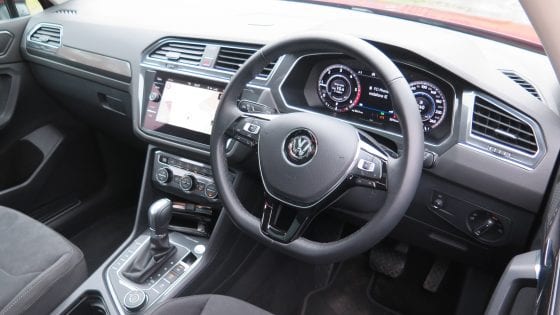 The steering wheel is very tactile and lovely to use, not too big either with full controls included. The seat position was good but it took a little time to get to my comfort zone. There is good rear legroom and the high positions for all seats are appreciated with good headroom. Individual rear seat adjustment is included but only the two outer rear seats are ISO-Fix compatible.

There is a large screen for radio and infotainment controls that was easy to set up and use. Connecting my phone with Bluetooth was quick and easy. The test Tiguan came with sat-nav included and it is also possible to use your phone to connect with Google maps rather than opt for the more expensive factory sat nav system.

The 2.0 litre turbo-diesel Tiguan Allspace entry price starts at €37,120. That’s very competitive relative to the new Peugeot 5008, Renault Koleos and Skoda Kodiak, all of which offer the 7 seat option in their ranges.

The rated economy figure of 20km/litre (4.9l/100km or 58mpg) will be difficult to achieve, so expect a 30% lower performance such as I achieved over my 800km testing programme. That level of economy is probably a more realistic assessment of how you measure your potential running costs. Compared with the competition, there is little between them.

Monkeying about proves plenty of fun

Kia crosses over with compact Stonic

01/05/2014
We use cookies to ensure that we give you the best experience on our website. If you continue to use this site we will assume that you are happy with it.Ok