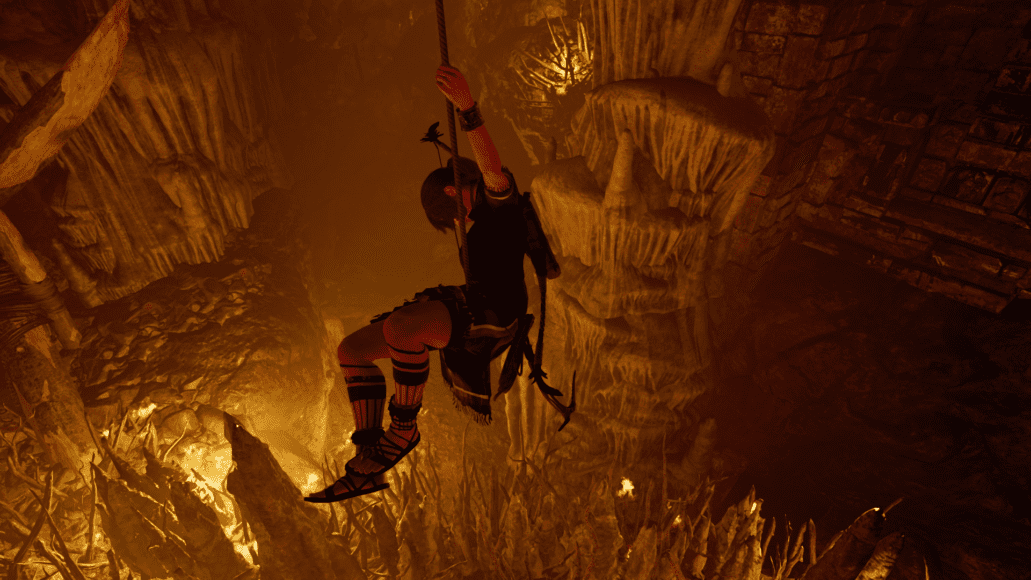 [vc_row][vc_column width=”2/3″][vc_column_text]You’ve never been to the ‘uncanny valley’ – the place in the subconscious where almost photo-realistic game or film characters reside, giving them an uncannily realistic presence that’s almost, yet not quite, able to pass as human, or otherwise real – but at a primal level you’re instinctively familiar with anyone, or anything, trying to leave such a place and be accepted as real as you or I.

Creatures from the uncanny valley have started creeping out here and there in popular culture – for example, you can see them in any film where someone dead, or unavailable, has been recreated (like Peter Cushing in the recent Rogue One: A Star Wars Story) – and yet there’s always something holding them back from crossing the threshold into ‘our’ space.

In the latest Tomb Raider game, however, there are a couple of characters, and elements, that are not just trying to leave the uncanny valley – they’re scaling its sides, heading for the edge.

Released just a week ago, Shadow of the Tomb Raider (multi, Cert 18, c. €60) is the concluding part in the trilogy that successfully revived and rebooted the stale, dead adventures of Lara Croft.

The rebooted trilogy has successfully traced the globetrotting adventurer from her early days, as well as giving her a variety of character arcs to give her agency and purpose.

It’s also where the uncanny valley nods start to come in, as not only does she spend a significant portion of the game in a valley that could only be described as uncanny, or at least odd – home to an isolated tribe gripped by a slow-burning coup and palace intrigues – but some of the emotional beats, coupled with subtly convincing animations, are certainly pushing at the constraints of the medium.

That’s not quite what you’d expect of a game about the Lara Croft of old – the oversexed, overmarketed, sassy globetrotting gal normally spotted in improbably tight, impractical clothes as she shot and raided her way around the world. 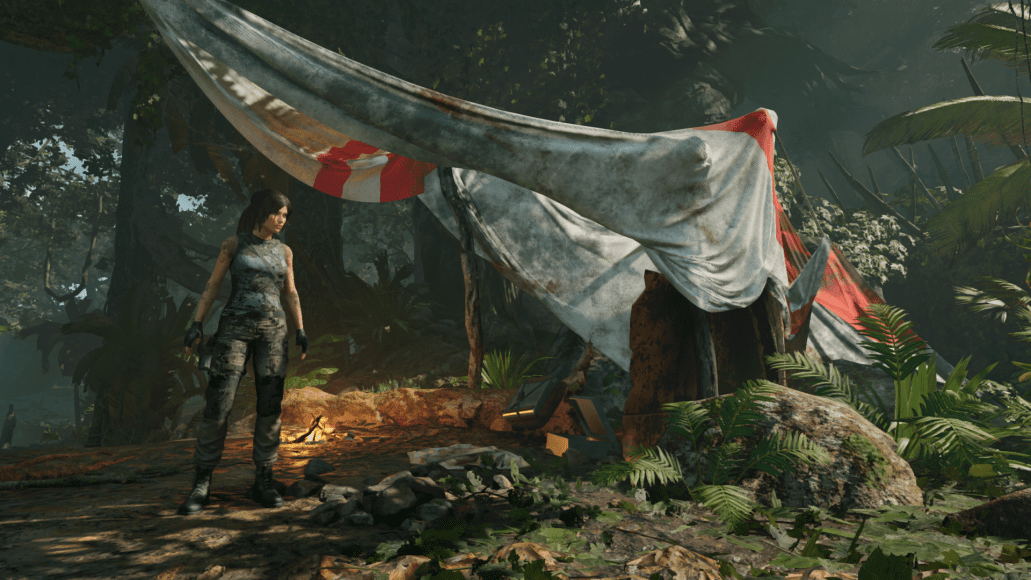 That, however, was Nineties Lara, as the Tomb Raider games of old eventually crashed and burned, crushed under the weight of derivative gameplay, uncomfortable sexism, and an industry that was slowly maturing, leaving the Tomb Raider brand pretty much as dead and forgotten as the tombs Lara used to raid…

The rebooted series shook things up substantially in 2013, with Rihanna Pratchett – daughter of Terry – initially stepping in to dust Lara off, and write her as a complex, more realistic character, with interactions with other people that would flesh out her personality, world and backstory in a more mature way.

Flash forward several years, to this, the concluding part of the commercial hit and critically acclaimed trilogy, and it’s the chance to wrap up Lara’s adventurer awakenings, tie up various loose ends (not least discovering why her adventurer father died), and leave her ready to face whatever’s coming next as a fully seasoned, confident, fearless person – as the tomb raider.

It starts, of course, with something fantastical, in a similar vein to the Indiana Jones-ish adventures that were once in vogue. 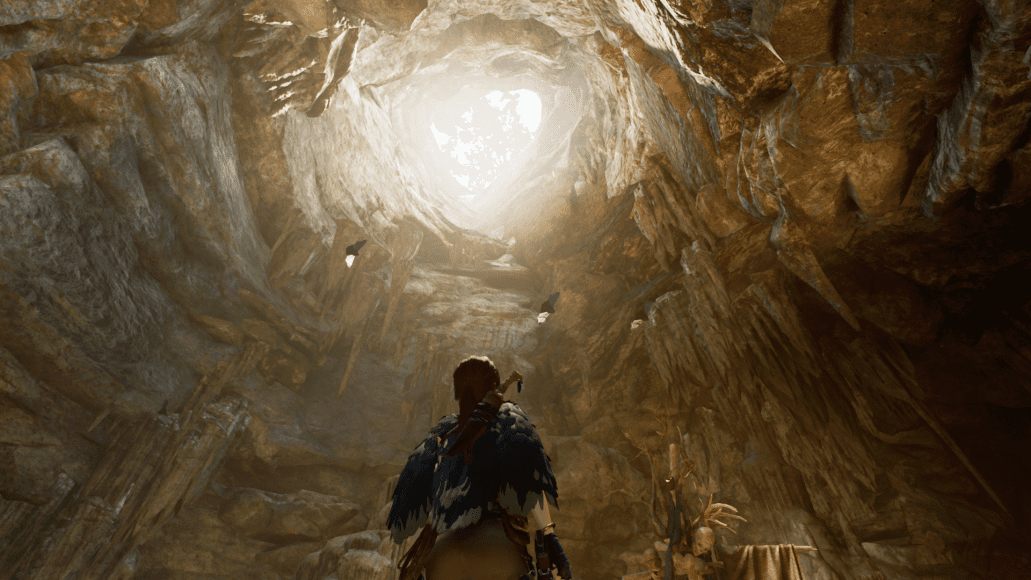 Hot on the heels of Trinity – a shadowy paramilitary organisation she’s repeatedly crossed paths with in this reboot trilogy, who she knows is somehow connected to her father’s death – Lara tracks down a mythical dagger in South America.

However, it’s not just any dagger – she’s warned that it’s a supernatural dagger that could trigger a Mayan apocalypse, but being brash and headstrong, she takes it anyway (seemingly causing a dreadful disaster), with the dagger soon in Trinity’s hands.

From here, Lara’s desperate to get the dagger back, somehow making amends in the process for what she may have triggered, with a loose trail that points deep into the Amazon jungle, where mysterious ruins and an isolated, lost civilisation await…

The story is pure pulp fiction, to a degree, but it’s delivered with a complex, winding narrative that draws Lara into palace intrigues, a fight for the soul of a kingdom, and above all, towards concluding Trinity’s role in her own family’s past, and closing a circle that started with tragedy yet has turned her into the Lara Croft.

Still, all of that character and plot development and interaction takes a back seat for much of the game, which is very much in line with the previous two reboot games – it presents a world exploration game, with several key hub areas, a main plot to follow alongside many optional side quests, collectables to nose out, some exciting set pieces to tackle and occasional intense combat. 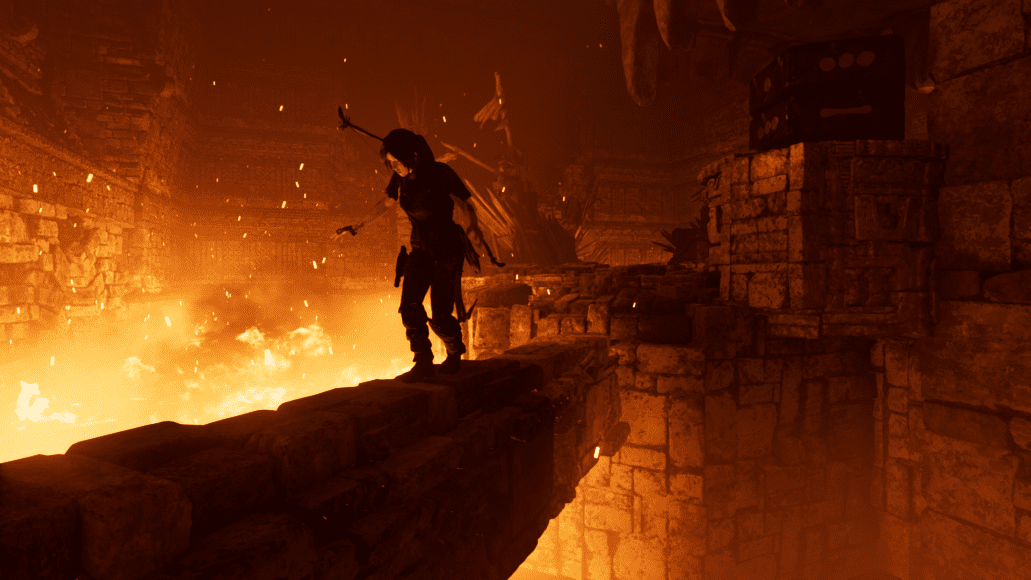 As with the previous games, such combat is a key part of this game, too, with Lara little more than a one-woman killing machine, taking on all and sundry with brutal, merciless efficiency.

Using a wide variety of moves, upgradeable weapons, and stealthily using the scenery to her advantage, Lara is often like an unstoppable cross between Rambo, The Terminator and The Predator, leaving a trail of death, death and more death in her wake.

She’s in the depths of a beautifully realised jungle, but she remains a force of nature in her own right, regularly stalking and slaughtering her way through Trinity’s ranks, and whoever else is unfortunate enough to get in her way.

For the most part, Shadow is a frequently stunning showcase for what late-generation games can do on current consoles, with an awful lot of fantastically pretty and detailed places to explore in, above or below the jungle.

From optional challenge tombs to master, to the main areas of the game, the dense jungle, forgotten tombs, flooded caverns and caves, quiet towns and bustling lost city of Paititi come in all kinds of textures and materials, with some beautiful volumetric lighting creating a top-tier title, in terms of graphics alone.

The game easily earns its Cert 18 rating, however, with occasionally grisly scenes and gory action, and at least one late-game section that may offend some religious sensibilities.

It’s also worth noting that the game consciously dabbles with the notion that Lara’s not, perhaps, a true ‘hero’ – after all, as it mulls over the ‘white saviour’ trope in a few spots, why should an outsider adventurer be plundering the relics and remains of another culture, without consequence or respect, and is that truly right to do so?

However, for those ready to take on a broadly mature title, with a frequently stunning game world, riotous blasts of action, occasionally infuriating puzzles and some memorable characters (particularly Patricia Velasquez’s quietly sincere role as Queen Unuratu), Shadow is a great game, and was a fine way to conclude Lara’s reboot and rebirth trilogy.

I can’t wait to see what her next, new adventure will be, down the road – and to see if she steps further out of that uncanny valley with another memorable, expertly realised tale…

(Note: I’ve cobbled together the attached, spoiler-free video showing a little of Shadow of the Tomb Raider’s world, starting with a focus on the atmospheric graphics and game engine found throughout the title, and then delving a little bit into some light world exploration from the 2:40 mark. Be sure to check it out!)

Gaz Talks: Maybe they need to lighten up!