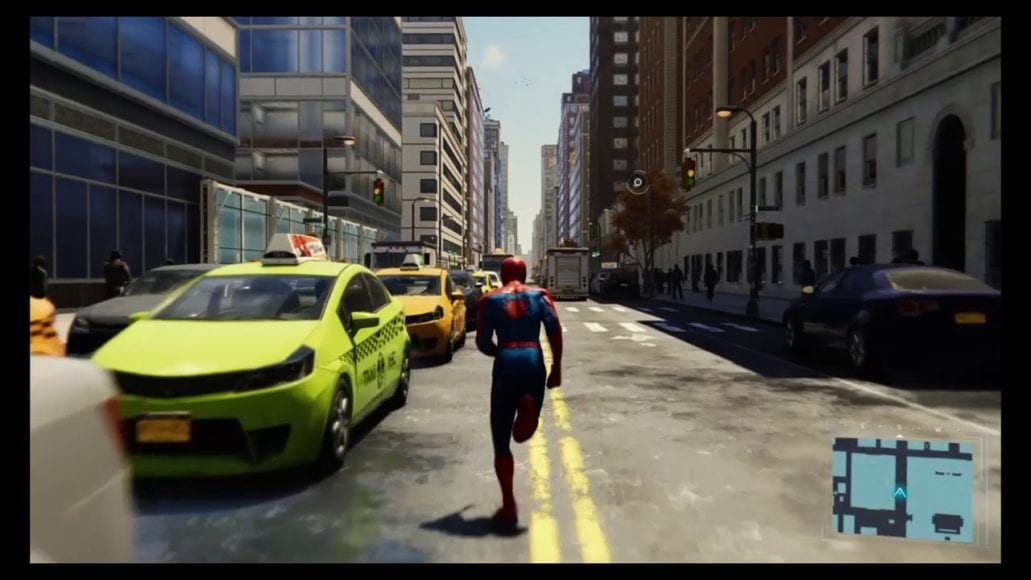 I’ve never been a fan of Spider-Man, preferring good ol’ Bats instead – not the greatest start to a review about the just-released-today Marvel’s Spider-Man (Cert 16, PS4, c. €60), I admit, but then again, that’s what I thought before swinging my way through my embargoed review copy over the past couple of weeks.

However, I’m happy to say that I see Spidey in a whole new light now, as I had a blast with this game, to be perfectly honest, and gained an entirely new appreciation of Peter Parker’s alter ego after putting in a lot of time with the game.

It’s a game that’s been one of the most keenly anticipated PS4 exclusives around the world over the past, oh, age, although – not being a Spider-Man fan – it didn’t particularly set my Spidey senses tingling as I looked ahead to its launch.

Some two weeks on from first getting to grips with Spider-Man’s latest adventure, however, and I’m a loyal convert to the Spidey cause, thanks to the great game that developer Insomniac Games has just released.

Now, embargoed details aside, I’m not going to go anywhere near any of the main spoilers of the game (something I hate when other people do), as I’ve seen plenty of internet speculation and spoilers out there already.

If you really, really want to know all the secrets and core story beats out there – well, you ain’t getting them from me, bud.

Instead, here’s an extended review delving into its general gameplay elements, how the graphics and engine gel, and a similar nuts-and-bolts-and-spiderwebs look into Spide- sorry, Marvel’s version of Manhattan here.

And, make no mistake, this is very much Marvel’s Manhattan, with fans already delighting in all kinds of Marvel-related worldbuilding details here (so for anyone looking to run right up and dive off the Avengers Tower – go right ahead, you can).

It’s New York with an added Marvel and Spider-Man twist, presenting an island city that looks and feels very much like the classic world city, albeit one that’s just a little bit empty behind the shiny visuals, lacking some of the character that, say, Los Santos (as a Los Angeles proxy) has in GTAV.

Still, who’s looking to swing through Spidey’s New York as a virtual tourist? Nobody, of course – overall, it’s a fine-looking city that successfully captures much of the look and feel of New York.

You’ll easily find plenty of excellent cityscape vistas, particularly during sunset periods, which any fellow visitor to Manhattan will appreciate for authentically capturing the city.

Something many fans wondered about was Spider-Man’s movement – and Insomniac have done a great job in capturing what we all imagine it should feel like to swing through the city.

Initially a little clunky to get to grips with, it doesn’t take long until the webslinger is tearing his way through the streets and canyons of Manhattan, or skimming over the rooftops and water towers high above like a pro.

His use of momentum and speed soon becomes second nature, and while you eventually unlock fast travel points, as well as slightly upgrading his traversal powers, it doesn’t take long to zip across the city with ease.

Much like similar open world games dotted with side activities, the game is dotted with occasional base battles and boss characters to take down, main and optional side quests to play through, and a plethora of unnecessary but fun time-wasting activities to dip into, with supporting characters popping up from time to time.

It’s par for the course for there to be collectibles to find, and a range of related things to do as the map eventually becomes peppered with icons related to the many, many things for Spidey to do as he goofs off in between missions.

However, with a wide range of accessing ways to upgrade Spider-Man, including unlocking plenty of alternative costumes, abilities and equipment upgrades, there’s always a reason to go mucking about, finding more bad guys to take on or things to achieve to get more precious points towards your next upgrade, always keeping an ear out for broadcasts about nearby mischief and crime.

Frankly, playing near the end of the game with a fully-upgraded Spider-Man – including several cool powers and abilities – was a hell of a lot of fun, and went a long way in giving me a new appreciation of who and what Spider-Man is, or could be.

Thankfully, the game also nails the carefree, quickwitted feeling of Peter Parker juggling his own messy life with the complexities of superhero duties and the chaos of Marvel’s New York, with Insomniac creating a likeable hero with just enough snarc and quips to be likeable without coming across as brash and smug.

Unexpectedly, there are even some moments of real emotion in here, which surprised me a little – not what I expected to find in a game about Spider-Man, frankly.

It’s not the deepest of games – you’re not looking at Witcher 3 levels of character or quest complexities, let’s put it that way – but for what it is, there’s plenty to see and do, and fans won’t be disappointed.

That’s usually a cop-out statement (“You’ll like this, if this is your sort of thing”), but I was pleasantly surprised by Marvel’s Spider-Man, and can certainly recommend it as a fun, likeable superhero game.

As for any criticisms, the on-screen mini-map is always enabled, whether you want it or not (a strict no-no in any modern blockbuster game), with slightly inelegant HUD details detracting from what could have been a purer visual experience; its soundtrack is also painfully limited.

Still, if Marvel’s Spider-Man can even make me a fan of Spidey (sorry, Batman), it’s certainly doing a lot of things right, and I’d recommend swinging by the nearest game retailer or online distributor to pick it up.

[NOTE: I made the 20-minute (spoiler-free) video you can see here showing some of Spider-Man’s traversal about New York, the game’s general graphics, emergent gameplay and, of course, some Spidey battles with a fully upgraded Spider-Man.]