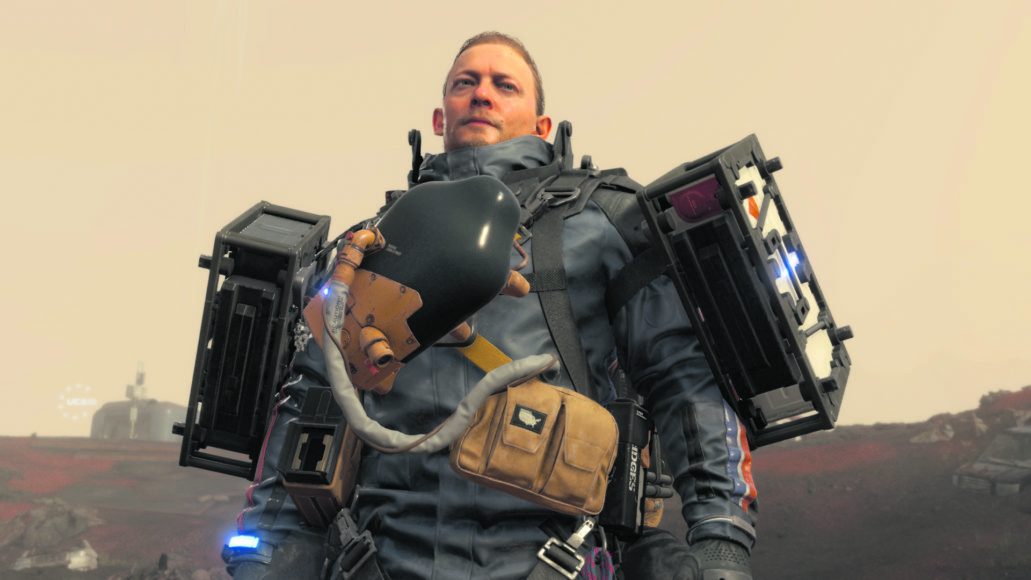 Like a postman trying to make his way unsteadily down a rocky mountain side, there’s a lot to pick your way delicately around in the long awaited new PS4 title, Death Stranding (Cert 18, c. €60).

Released less than a fortnight ago – but with annual leave delaying this review – this enigmatic title is one of the oddest-but-great games I’ve ever played.

For starters, auteur Japanese games director Hideo Kojima has assembled one hell of an eclectic cast to star alongside lead Norman Reedus (The Walking Dead’s Daryl).

It includes actors Mads Mikkelsen, Lindsay Wagner and Lea Seydoux, and film director Guillermo Del Toro, to name but a few of the well-known names and faces fleshing out the cast and plot.

The end result is a world that’s full of an ever denser plot, twists, deep lore and things to mull over, all presented in the director’s infamous style, replete with in-jokes, surprises, nods at gaming and pop culture, and much more.

Scrambling carefully around any spoilers, the main game sounds easy enough to describe, at first.

After a cataclysmic event (the Death Stranding) shatters and destroys most of America, Sam (Reedus) reluctantly agrees to try to join up the scattered small cities and stragglers that remain, namely by being their porter.

Unfortunately for Sam, ghostly echoes of the dead (BTs) left behind by the cataclysm are also scattered about the broken world, spelling potential disaster if he runs into the BTs.

With the help of a BT-detecting unborn baby, BB, that he lugs around with him in a tank, Sam and BB hit the road (and mud trails, lava plains, snowbound hills, city ruins and damp woods) to be the ultimate parcel porter …

That’s already something of an odd setup, but, believe me, Death Stranding is packed to the gills with layer after layer of innovative features, with an absolute mountain of things that I can’t go into here.

Suffice it to say there were fresh ideas here that I’ve never seen before in 40-plus years of gaming, presented in a ravaged but often truly incredible looking open world.

Would Death Stranding be a good, if unusual, Christmas present?

Yes indeed, for despite its flaws such as an annoyingly clunky menu system, there’s an awful, awful lot going on here behind its surface level be-a-postman premise.

Non-gamers will also appreciate seeing the likes of Mads and Lindsay constantly pop up in the complex story, while gamers will love its innovation and gameplay loops.

They’ll also come away with a feeling that they’ve truly impacted on the world, helped other people, and connected with something bigger than just their game.