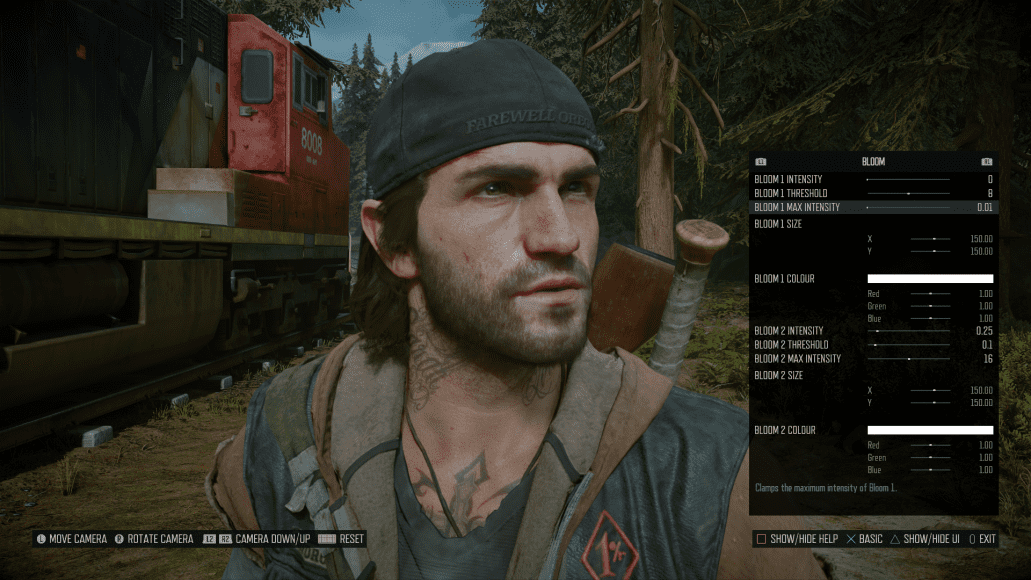 For those of you looking to play a gruff, scruffy motorbiker survivalist who rides around with a crossbow in the post-zombie apocalypse, congratulations, because here’s Norman Reedus 2019, exclusively released for the PS4!

That’s not true, of course, but it’s hard not to think of the hugely popular actor’s role as Daryl Dixon in TV’s The Walking Dead, which echoes in many ways in Sony’s major new PS4-exclusive game, Days Gone (Cert 18, c. €70), which has gone on release today (Friday, April 26).

I was lucky enough to get a preview copy – thank you, Sony – so I’ve had the guts of two weeks to roam around in SIE Bend Studio’s keenly-awaited title.

Here’s my spoiler-free, personal take on Days Gone, one of 2019’s earliest (and biggest) titles for mature audiences …

Playing as Deacon St John, a drifter and bounty hunter, you’re one of the survivors in a post-apocalyptic world that’s gone to ruin after a global pandemic.

Most people were killed by the pandemic and chaos a couple of years before the game starts; most of those who survived are now zombies (okay okay, not zombies per se, but what the game calls ‘Freakers’ – heavily mutated humans in a variety of types, but which most gamers will probably just think of as zombies), leaving only a few ordinary humans scattered about as desperate survivors.

As St John, you roam around in this beautifully detailed world, looting resources where you can, much of which you’ll use to craft tools and weapons, or to help upgrade what you have.

You’re not alone in the world – as seen extensively in pre-release trailers and featurettes, there are plenty of other people out there in the wilds, with friendly faces for St John to run into or drive over to, with friends, acquaintances and even the odd jerk to engage with.

Running in the game’s background are a variety of development trees, which require upgrade points and experience to unlock subsequent tiers of power-ups.

So, the more you do, the more you’ll be able to do, with assigned story missions earning you XP (experience points) to trade in later for upgrades, while random world events, and things that you choose to do, also earn you XP.

The choice is yours – and there’s a lot of choice here, with several experience and development trees to progressively work through, gradually souping up your bike, significantly expanding St John’s abilities, and amassing a wide arsenal, although you’re limited to just three weapons to carry out in the field.

Throughout the game’s diverse missions, there’s that feeling of Daryl Dixon (played so well by Reedus), with the game feeling like a great mix of The Walking Dead, and the seminal PS4 exclusive, The Last of Us.

Once you get used to some very slightly awkward controls, there’s a natural rhythm to find as St John roams the wilds or abandoned places, grabbing useful things on the fly (like Joel in The Last of Us) to make use of later, or creeping about with a silent crossbow (like Daryl in The Walking Dead) when faced with human bad guys, or some of the Freaks.

And the Freaks – the inhuman hordes – will certainly impress, once seen in their full, ghastly glory.

As minor annoyances in their ones and twos out in the world – where they’re easily dispatched, or hidden from by running away and crouching in bushes – the hordes of Freakers are very impressive if you run into them.

Watching an angry swarm of dozens, or hundreds, of Freaks suddenly all racing towards you, flowing over, around or under any obstacle in the way, is a thrilling experience.

While you can take them on, for much of the game the best advice is simple: Run! Run away! As you progress, amassing extra skills and weapons, hordes become progressively less intimidating to face, but they’re always impressive to see.

And for the more maliciously-minded, there’s some spiteful fun to be had in leading a screaming horde straight into an enemy camp of suddenly panicking marauders, whose gunfire soon dies down …

Such human threats are interesting, but not as fresh as the challenges posed by the Freaks all around, with standard gunplay and protective cover making most fights straightforward enough.

Still, there’s plenty going on to keep the player alert, as the world’s wildlife can also be challenging.

For example, one of the most memorable gaming moments I’ve had in years came from being stranded on top of a van in a graveyard around 2am, surrounded by a large pack of snarling wolves, with very little ammo left as rain pelted down and lightning flashed overhead.

That was a genuinely thrilling, atmospheric moment that only Days Gone could have delivered.

Overall, then, Days Gone presents a beautifully realised world which does something a little new with what’s become a somewhat tired trope.

That’s not to say that the game is perfect, however. While there’s an awful lot to like about the game, there were some things I didn’t like at all; for example, I didn’t like the core character Deacon St John.

He pretty much never shuts up muttering or shouting to himself about what he’s doing, what he’s going to do, and what he’s done, often with an overly aggressive bent.

In several ways, I thought his character was something of a sociopath – not something you normally want associated with your main character in a game, but I found St John to be a pretty unlikeable protagonist throughout, with some occasionally eyebrow-raising, tone-deaf comments that made me take a particular dislike to him.

Still, what I found to be a problematic main character is a matter of perspective, and no doubt many people will have a different take on St John’s character.

And that character was the only noticeably negative issue I had with the game (more so than its slightly awkward controls), because – to be clear – there’s definitely a lot to like about Days Gone.

Ignoring St John, there’s quite a lot of fun to be found in the beautifully realised world, which has a lot of moodily atmospheric sites and sights about, and there’s a surprising amount of gameplay and content to crack on with here.

You’re certainly going to be getting your money’s worth with this mostly great game – which I do recommend getting – and as for the amount of time you’ll spend on it, you’ll certainly find plenty of days gone …

Hanney buzzing to get back into action