KEN DOHERTY: “The night Alex Higgins put in his drink order for me at Goffs” 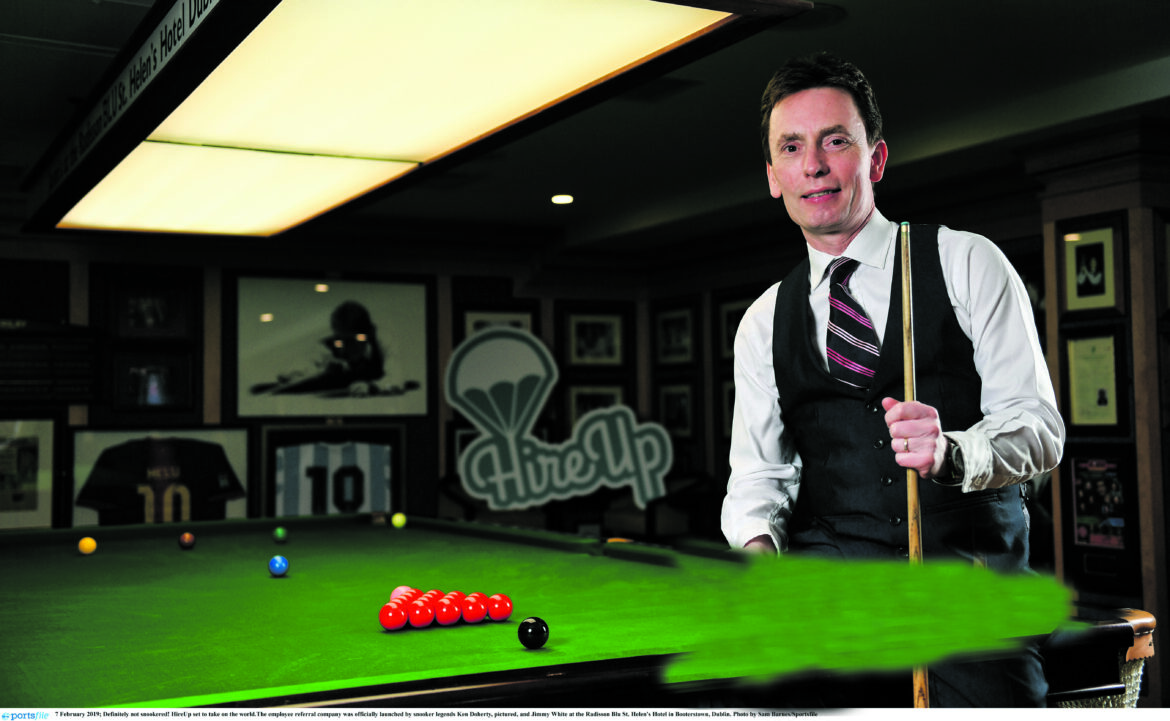 In terms of introduction to the professional game, Goffs is where it all began for me back in 1983 when I was a 14-year-old usher seeing people to their seats for big snooker tournaments involving the likes of Alex ‘Hurricane’ Higgins, Ray Reardon and Jimmy White back in the early eighties.

As well as doing my official job for the public, I was also introduced to the players and told to be at the ready should they ever have personal requirements.

Higgins was first to ‘educate’ me as to his needs.

I wasn’t so I said: “Mr Higgins, is that when you are finished playing or during the sessions?”

He  looked at me as if I had two heads, took a breath and replied that it was during  games he was talking about as he was well able  order for himself when he was finished with the cue in his hand.

I’ve been thinking of that and other incidents from nearly 40 years ago this week as I look forward to playing down there this weekend alongside Jimmy, Ronnie O’Sullivan and Stephen Hendry. My first game coincidentally is against Jimmy, who was a star even then when I was a kid during that tournament in which I was earning a few bob.

The two events this week Saturday and Sunday have long since sold out but I’m looking forward to playing in front of an Irish audience again.

I have been playing golf down in that neck of the woods in Kildare at the K club Monday and Tuesday of this week and the weather was continental to say the least. While my golf wasn’t of the highest order, the crack was great and I can tell you now the hotel and course are top class and will be a worthy host for next year’s Irish Open.

It was good to get out early on Monday as it cleared my head and took my mind off Kerry’s dramatic last-minute win against us at Croke Park on Sunday. I couldn’t believe it and felt it was a harsh decision to penalise Davy Byrne who went for the ball with David Clifford but had the free blown against him. Even so I was still pretty sure there would be extra time because that ball looked a long way out.

Unfortunately for Dublin Sean O Shea was bang on the money and it meant Dessie Farrell’s lads had no time left to work the ball back up the field.

Normally now when I go to Croke Park, it is as a guest in a corporate box, but on Sunday watching and listening to the Dubs on Hill 16, I made my mind up that next year I would be back on the Hill where I was in the seventies and eighties as a young fan.

I’m the same at Old Trafford where my preference is always to go into the Stretford End and be part of the fans there, rather than go as a corporate guest. The experiences are world apart and in my bucket list in 2023, I will be on the Hill again.

You’d have to be proud at how Dublin fought back after Kerry started so well and really ruled the roost. Even without scoring the penalty, they were five points ahead and it took a herculean effort and a great goal by Cormac Costello to get them back in gear. Then when Ciaran Kilkenny scored three great points, including the equaliser, I thought we might sneak it before the final whistle. Instead, it was Kerry who got the rub of the green on the day and maybe just about deserved to shade it – but I would have preferred to see how two segments of extra-time would have transpired as I felt Dublin had a bit more in the tank than the Kerry lads.

Obviously, I wish our conquerors well but would warn them that if they think the hard job is done now that Dublin is beaten, they could be in for a surprise as Galway are a team improving by the game – and seem to have a game plan that fits most situations they find themselves in. As they say in sport, may the best team win.