A NEW support service for older people is helping hundreds of Dubliners who live alone to remain in their own home.

ALONE launched the scheme in north Dublin in March and its staff go out into the community to work with people over 60 who either make contact themselves or are referred through an agency.

Support co-ordinator Gary Blanchfield told The Gazette: “It’s a very brave thing for people to refer themselves, to pick up the phone and say I’m feeling lonely, I’m having difficulties at home, I’m not managing with the finances.

“We can help with putting supports in place to help them remain living at home for longer. If they need an adaptation grant for the bathroom we apply to the council on their behalf.

“There is a lot of paperwork – builders’ quotes, occupational therapist’s report, tax clearance, insurance certificate. It’s very daunting for an older person but we can take care of all that. 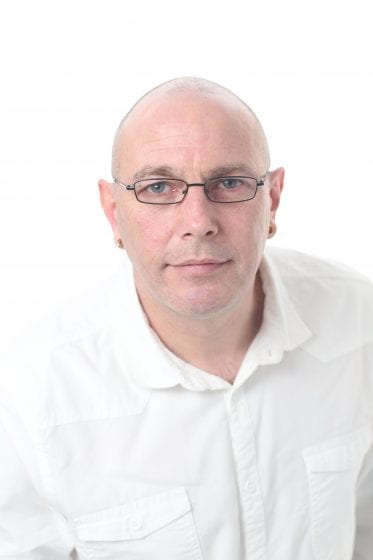 “In rural north Dublin we see a lot of people who have a coal fire and nothing else.

“We can apply for grants for heating, rewiring, and liaise with other agencies to do odd jobs around the house, cut the grass… everything from a needle to an anchor.”

ALONE also helps with applications for medical cards, living alone allowance and winter fuel allowance as well as meals on wheels and other issues such as hoarding.

Gary said: “Only the other day a nurse contacted me who wanted to bring a gentleman home. When she got to his house she said she literally couldn’t get in it was so bad.

“We arranged to have it cleaned, decluttered, for a home help, fridge, microwave. He now has a woman who visits him two or three times a week and reports back on how he’s doing.”

But it’s the befriending service that’s at the core of ALONE’s work and the charity now has hundreds of volunteers across Dublin who make weekly social visits. After vetting and training they’re matched to an older person and, according to Gary, nine times out of ten they become friends.

He said: “We have 450 older people availing of the befriending service and I firmly believe they wouldn’t be able to remain at home without it.

“Loneliness impacts greatly on your wellbeing. Being socially isolated has the same effect on you as smoking 15 cigarettes a day.

“It could be literally somebody having a cuppa and talking about Eastenders for half an hour that makes the difference to your wellbeing, that means you can cope.

“We often ask the question ‘when did you last speak to somebody?’ and the reply is ‘I spoke to the girl who gave me my pension last Friday and the next person I will speak to is that same girl next Friday’.

“Community gardai tell us that some older people ring and say ‘there’s somebody in my back garden’ and they know there isn’t, but they just want somebody to talk to.

“We have a lady living in rural north county Dublin who was very isolated.
“I brought the person we matched her with to meet her for the first time and when we got there this lady had her hair done, she was wearing a new dress, the house spruced up with a plate of biscuits waiting for us – that is the difference that somebody calling to your house can make.

“I don’t want to underestimate the importance of the physical stuff and the practical stuff, but it goes hand in hand with companionship.”

Brendan & Aaron: A friendship that will last the ages

A racy new addition to the fabulous...

21/02/2013
We use cookies to ensure that we give you the best experience on our website. If you continue to use this site we will assume that you are happy with it.Ok