Top Posts
Dig Deep, Remain Steady: Mary Lou McDonald speaks...
The Liberties say farewell to comedian Brendan Grace
Some of the world’s biggest acts to hit...
We’re Confused Too: Dublin Gazette dragged into Election...
Win tickets to Coldplay at Croke Park #NOW...
Wines for your wedding – Why It’s Wise...
When Deciding And Doing Goes Hand-In-Hand
Anorexia And Bulimia Not The Only Eating Disorders
Janey Mac, I’m getting married!
Gaels Don’t Want To Create A Storm On...
Aisling wins €15,000 and the chance to have...
Woodbine Park Post Office Closing Its Doors
Strong Opposition To Privatisation Of Leisure Centre
Boden Power through go ahead Senior Hurling Championship...
Peter ‘Franc’ Kelly On What To Do When...
Dublin Life

Dublin footballer Michael Darragh Macauley has returned home after visiting the slums of Nairobi in Kenya.

Michael Darragh is Concern Worldwide’s new ambassador and travelled to the slums as part of the charity’s Community Conversations mission, which empowers the local people there to make collective decisions on everyday social issues such as keeping children in school or accessing quality basic health, education, water, sanitation and hygiene services.

The Dubliner visited the MM Chandaria school with the charity, where he met pupils and helped distribute back to school kits, which provides slum children with the necessary essentials to see them through the school term.

The primary school teacher also brought letters from his own pupils at Scoil Maelruain Junior in Tallaght for the Kenyan children to read. 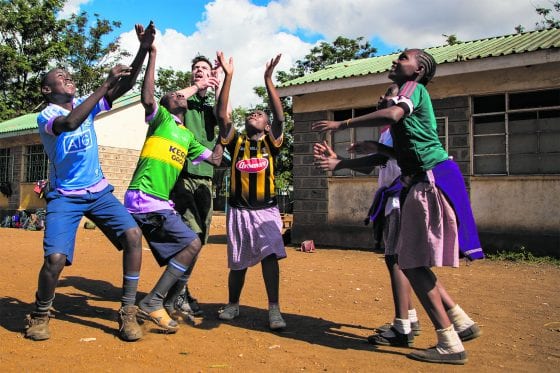 He also caused quite a stir when, armed with GAA jerseys and footballs, he got the pupils involved in a fun Gaelic football training session.

Speaking about his experience, the 31-year-old said: “It’s been amazing to interact with the children who live in the slums and to learn about their school and home life.
“These kids live in extremely poor conditions and you can see how much they value their education and want to learn as much as possible.

“Education is a privilege, which they appreciate dearly, and the work Concern is doing to support these children is amazing.

“They provide them with school kits, uniforms and a hot meal, which for some is the only meal they will have all day, so I feel very humbled to have seen this incredible work in action.”

The Ballyboden St Enda’s native also met with Concern beneficiaries, who carve out an existence by picking rubbish at Dandora Landfill site, which sprawls 30 acres and is one of the largest dumps in the world. 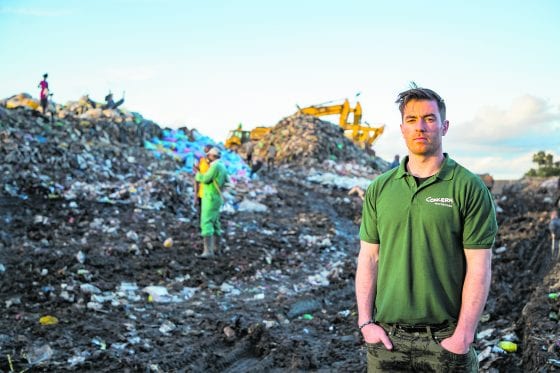 He said visiting the dump was a real “eye-opener” and an experience he’ll “never forget”.
He added: “People were picking rubbish such as plastic and bones to sell for cash, and many live next to the site in extremely poor conditions.

“They are exposed to all sorts of toxins and many suffer from respiratory and skin problems. It was amazing to see how Concern supports the beneficiaries of Dandora by offering them access to health services.”

Concern is marking its 50th anniversary this year, and said it is honoured to be chosen as one of the GAA’s five charity partnerships for 2018.

To find out more about the work Concern do, see www.concern.net

Men plead not guilty to false imprisonment of Securicor driver

Wines for your wedding – Why It’s Wise...

Peter ‘Franc’ Kelly On What To Do When...

Back to school with Heinz Beans