Why TV star Brendan Courtney wants to keep learning at 50 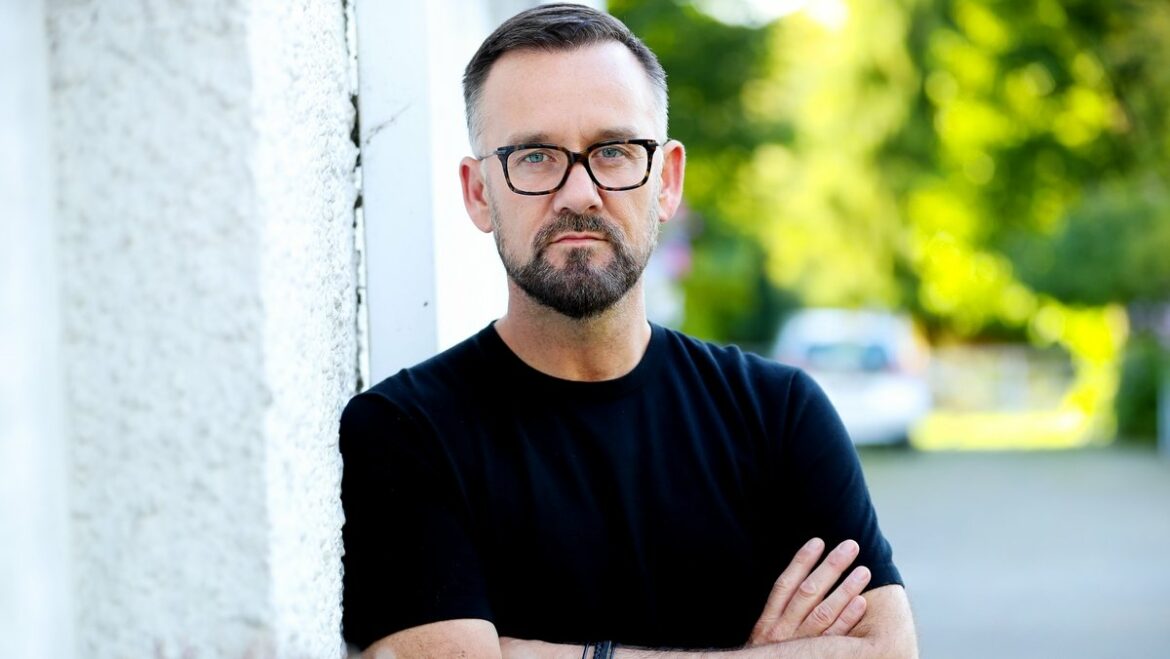 It may be a surprise to some that the television and podcast presenter Brendan Courtney, who is also one half of the fashion label ‘Lennon Courtney’, felt the need to complete a Master’s of Business degree or that he was able to find the time to do it.

Behind studying Equality, Diversity and Inclusion (EDI) in IADT (Dun Laoghaire Institute Of Art Design and Technology), Brendan had his own motivation.  “I felt that I needed to do the master’s, actually. In the past, I’ve been given a lot of corporate opportunities to speak about EDI because, well, if you Google: ‘Ireland gay presenter’, I come up. I would get these requests, around when budgets were being planned for the next year, to come into corporations to speak for their EDI day.

“I had an experience, during the marriage equality and repeal the eighth referendums, of being slightly political and then I made my dad’s documentary on ageism in the healthcare system, where I was kind of gently acting for equality in a lot of different ways.

“My realisation in preparing these talks was that I could only really talk about my own personal experience, rather than having constructive advice on how to be an ally. I had never worked in a big corporation, I’ve only ever been a freelance or worked on the production side. I was telling this to a friend of mine, who happens to be the first female Provost of Trinity College, Linda Doyle, and she told me to get a qualification.

“This course came up in IADT and it’s the first MBA (Master of Business Administration degree) of its kind. Normally EDI courses are available through the humanities but it has never come through a business department. I’m a very commercially-minded person and I felt that if I could make a business case for EDI to the corporate world, then I would have ample opportunity to explain how and why it works to treat people with dignity and equality. I thought that being able to put this structure on my thinking would benefit me in the long run, too.”

Commenting on the scarcity of equity-centred master’s degrees in business when compared with the emerging range of courses available in sustainability, Brendan stated: “I would say that sustainability used to be a tick-the-box exercise and then, in the past number of years, businesses have realised that if they want to keep their customers, they need to show they care. Sustainability became very important to people and therefore, it became important commercially.

“EDI is still a box-ticking exercise, there’s no doubt, it is not at the core of business values yet. They might claim it is but you can see that their budgets aren’t being aligned in a way that prioritises it. Usually, it’s a secondary job assigned to someone working in another role. Whereas, it’s as important as sustainability and I believe that the two can’t happen properly without each other. It’s interesting that EDI remains a couple of years behind sustainability in terms of people seeing its value.”

For people considering a master’s but who may not have completed an undergraduate degree, he recommended considering an alternative route: “I studied accountancy after school and then I did fashion, which were both technical diplomas. There is a really exciting and great development in terms of education that I did to qualify for my master’s which was called an RPL (Recognition of Prior Learning) application, which can be used to apply for every university in Ireland. It’s a lengthy application and is effectively a deep-dive CV that proves that you have the life and work experience equivalent to a Level 8, which is an undergraduate degree. It’s hard to do and you also have to review an academic paper in 1500 words, which really sets you up for the course ahead; if you can do that, you’ll be fine on the course.”

Mr Courtney previously attended London’s esteemed Central Saint Martins, which boasts fashion designing alumni such as Stella McCartney, Alexander McQueen and John Galliano. “I’d had the privilege of going back to study in St. Martins in 2007, to study fashion at night. I remember this feeling of being in a classroom and actually wanting to be there, as opposed to just wanting to get through it when you’re a teenager.”

He continued: “I wrote down three reasons why I was doing the master’s and kept it in my wallet to look at when things were feeling too difficult. One was very personal, I wanted to improve my mental function so that I could read faster and I actually do, after 18 months of study. The other reasons were that I wanted to have the qualification to be able to leave a corporate gig with a cheatsheet of three things they could do to be more inclusive at work and, finally, I’d made a deal with myself to keep learning at 50. The structure of the master’s was very academic and it has led me to the path of possibly doing a PhD now and there will be one reason for that; Dr Brendan Courtney!”

“When I was dropping the hard copy of my thesis out to IADT at the end of December, I met the course tutor and the head of the department and they encouraged me to consider a PhD. I told them that I was writing a book called ‘Mammy Issues’, about my mother’s generation, who couldn’t access contraception until the year after I was born. My mum is very open and very funny about how naïve she was about sex, marriage and contraception and they pointed out that there was a PhD topic there,” he added.

Despite finding it a challenging undertaking, Brendan has no regrets about returning to education. “If you had asked me about the master’s while I was still doing it, I might not have been so positive. It was quite stressful to balance as work grew busy and I had some challenges with my case studies for my thesis. It was two evenings a week and all day Saturdays, which meant that, although it wasn’t great for my social life, I could do it around work. The remote element was perfect because I didn’t have to commute, I’m a real advocate for that sort of hybrid learning. We got to have the last semester in IADT and really bonded as a class. It was a delightful experience but a lot of hard work and, now that I’m out the other side, I’m so glad that I did it”, he concluded.