It is home to the National Collection, with over 3,500 artworks by Irish and International artists.

Its programme comprises exhibitions and projects by leading Irish and international artists, as well as a rich engagement and learning programme providing audiences of all ages the opportunity to explore contemporary art and unlock their creativity.

The Museum is housed in the 17th century Royal Hospital building in Kilmainham, Dublin, whose beautiful grounds include a formal garden, meadow and medieval burial grounds.

The beautiful formal gardens of the Royal Hospital Kilmainham are free of charge and open Museum hours. In the gardens, there are two maps detailing the plants, flowers and trees that can be found near the museum.

The Royal Hospital was founded in 1684 by James Butler, Duke of Ormonde and Viceroy to Charles II, as a home for retired soldiers and continued in that use for almost 250 years.

The style is based on Les Invalides in Paris with a formal facade and a large elegant courtyard.

The Royal Hospital Kilmainham was restored by the Government in 1984 and opened as the Irish Museum of Modern Art in May 1991.

The IMMA’s audience is young and digitally connected, with over 60% of their visitors aged under 44.

Recent developments in the programme have expanded beyond the gallery space into the full site of IMMA’s home at the Royal Hospital Kilmainham.

A programme of live performance, making, music, food and gardening invites the audience into a direct interaction with creativity, and provides a space for debate, inspiration and participation.

Admission to IMMA is free except for special exhibitions. Paid exhibitions are free to all on Tuesdays. 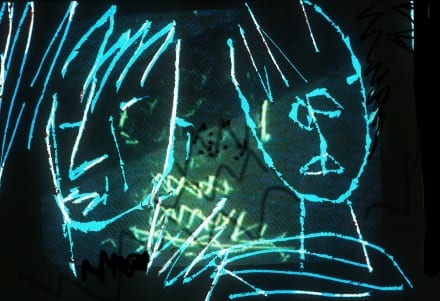 Renowned for his portrayal of the human form, Freud is best known for his intimate, honest, often visceral portraits.

Working only from life Freud’s studio was intensely private and he mainly worked with those he was close to, often asking subjects to sit for hundreds of hours over multiple sittings to better capture the essence of their personality.

Lucian Freud was born in Berlin to Ernst, the architect son of psychoanalyst Sigmund Freud and his wife Lucie Brasch. In 1933, age ten, Freud fled with his family to England, ahead of the rise of Nazism. The family settled in London where Freud lived for the rest of his life.

The works, on loan from private collections, are presented in a dedicated Freud Centre in IMMA’s Garden Galleries for five years, with the support of the Department of Culture, Heritage and the Gaeltacht.

During this unique five-year project IMMA will present a series of different and exclusive Lucian Freud related exhibitions, with a new programme of events and openings each year.

Andrea Geyer: When We 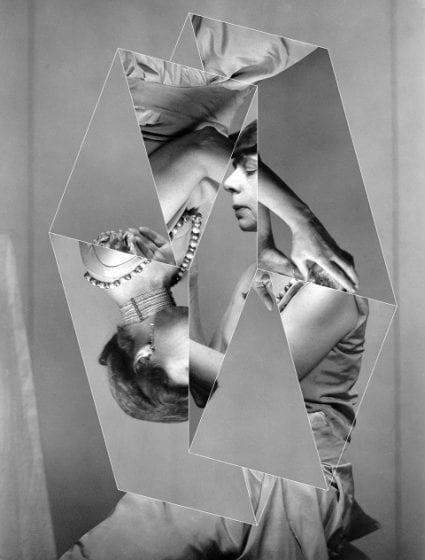 It is the last chance to see this exhibition as ‘Andrea Geyer: When We’ ends October 21st.

This is first solo exhibition in Ireland the German-American.

When We features several recent works by Geyer as well as the new immersive work Collective Weave (Ireland), 2018, commissioned by IMMA for this exhibition.

Geyer’s work provokes a radical re-thinking of time. She studies our present by charting histories through a de-familiarizing, transgressive, feminist lens.

The resulting works invite a viewer to re-think, re-enact and re-imagine their relationship to past time and how it informs the way they experience the present.

In this way, Geyer creates a nuanced space of potential, a vital tool for empowerment and action amidst today’s cultural, social and political systems.

The title When We suggests this potentiality; that we can do something, that something may have happened, or indeed can still happen. When We is therefore both a suggestion and an affirmation.

The drawings are derived from Irish queer magazines, posters and flyers dating from 1970 to the early 1990s. Raising questions around identity, community, representation, and visibility within museums, with this body of work Geyer seeks to champion art as a fundamental necessity and propose alternative possibilities within our contemporary lives.

Highlight: ‘I Want to Make a Film’ debut piece

Wolfgang Tillmans (b. 1968, Remscheid, Germany) is one of the most accomplished and widely celebrated artists working today, recognised for major contributions to the development of contemporary photography in terms of subject matter, production, scale, presentation and methodology.

Tillmans’ relationship with IMMA began over 20 years ago, when he first exhibited work at the museum in 1997 as part of a group exhibition of young emerging artists Projects and more recently in 2015 in the popular exhibition What We Call Love: From Surrealism to Now.

This is his first solo exhibition in Ireland and he has created this exhibition specifically for the IMMA galleries. It follows his critically acclaimed solo show in Tate Modern London in 2017.

Rebuilding the Future comprises over 100 works and captures Tillmans’ unique way of working.

This new exhibition for IMMA mixes works from throughout his career and in numerous formats, installed in IMMA’s galleries in direct relation to the physical spaces and atmosphere of the museum.

While primarily a lens-based artist, Tillmans also works in a variety of other media. The exhibition includes works on paper made with and without a camera, sound work, moving image works and installation.

Also central to Tillmans’ practice is the prolific production of books, catalogues and magazine editorials, and more recently, live and recorded music. An immersive new sound work, I Want to Make a Film (2018), which engages with concerns over the speed and development of personal technology and its effects, is shown here at IMMA for the first time.

Dog of the Week: Meet Zara

Daisy makes a splash Below Deck

Primary carer and her husband both test positive...

The people should be centre-stage when it...

Autumn preview with House of Fraser

A hotel that’s happy to build on...