Walking through the city, it’s very easy to take the many churches for granted. However, Dublin’s churches have a rich history, with some featuring some very interesting yet little-known attractions.

It’s amazing what’s hidden in plain sight in our city and if you’ve never paid a visit to these churches, then you’re in for some surprises. For starters, note the quiet Huguenot cemetery (main) from 1693 set at the northeast corner of bustling Saint Stephen’s Green… 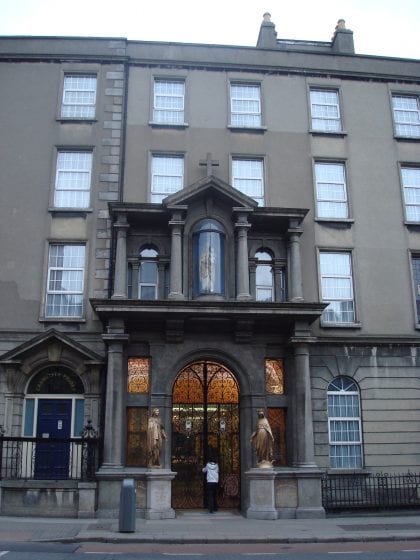 This church is a must-visit for lovers and those that believe in romance, for it is where the relics of St Valentine himself can be found.
The relics were donated to Carmelite John Spratt by Pope Gergory XVI in 1835 and they have remained at Whitefriar Street ever since. The church also features a number of other shrines, including shrines to Our Lady of Dublin, Albert of Sicily and The Infant of Prague.
The church also has a beautiful collection of stained glass windows, some of which are nearly 180 years old, which were expertly restored in the 1990s. Some of the most beautiful are the ones depicting scenes from the life of Our Lady (the Rosary Windows). 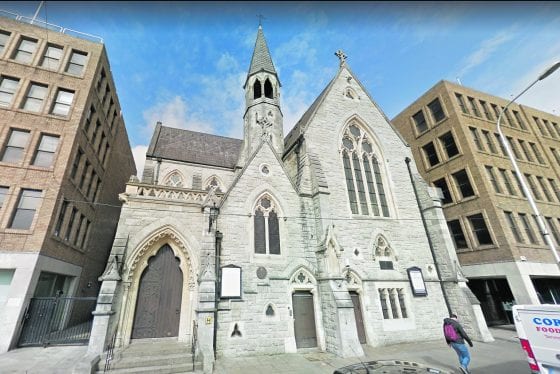 Located just past the Royal College of Surgeons at St Stephen’s Green, the Unitarian Church is welcoming to people of all faiths and has become known over the past number of years as an incredible, intimate gig venue.
Renowned musicians such as Duke Special, Cathy Davey and Jack Lukeman have all taken to the altar of this unique gig venue over the years.
At 8pm on Friday, April 27, Padraig Brady will launch his new memoir, Keeping Sketch: From Dublin To Nepal, in the church. Admission is free.
The church is also a proudly Fairtrade church, providing Fairtrade tea, coffee and sugar at Sunday services alongside a range of Fairtrade sales throughout the year. 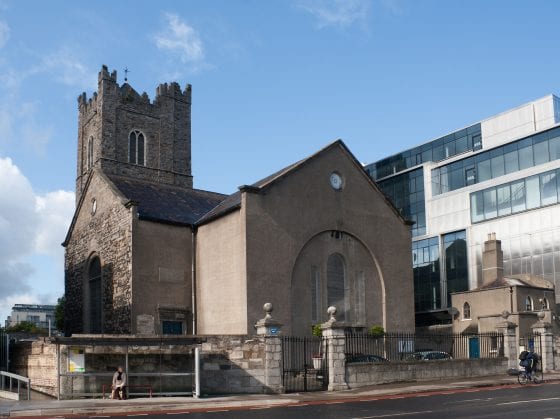 While Smithfield has some well-known attractions, such as the Lighthouse Cinema and the Jameson Distillery, a fascinating tourist attraction can be found just around the corner, at St Michan’s.
Deep in the vaults of the church lie a number of bodies that have barely decomposed because of the dry atmosphere created by the church’s magnesian limestone walls.
However, the wooden caskets have partially opened, revealing perfectly preserved bodies.
Among those thought to have been mummified in this way are the brothers Henry and John Sheares, leaders of the 1798 rebellion.
The church also houses an organ that Handel is said to have played on.

The Gaz Man: Down them mean streets of Crumlin a quiet fella like meself must sometimes go