‘We Can Dublin Again’ 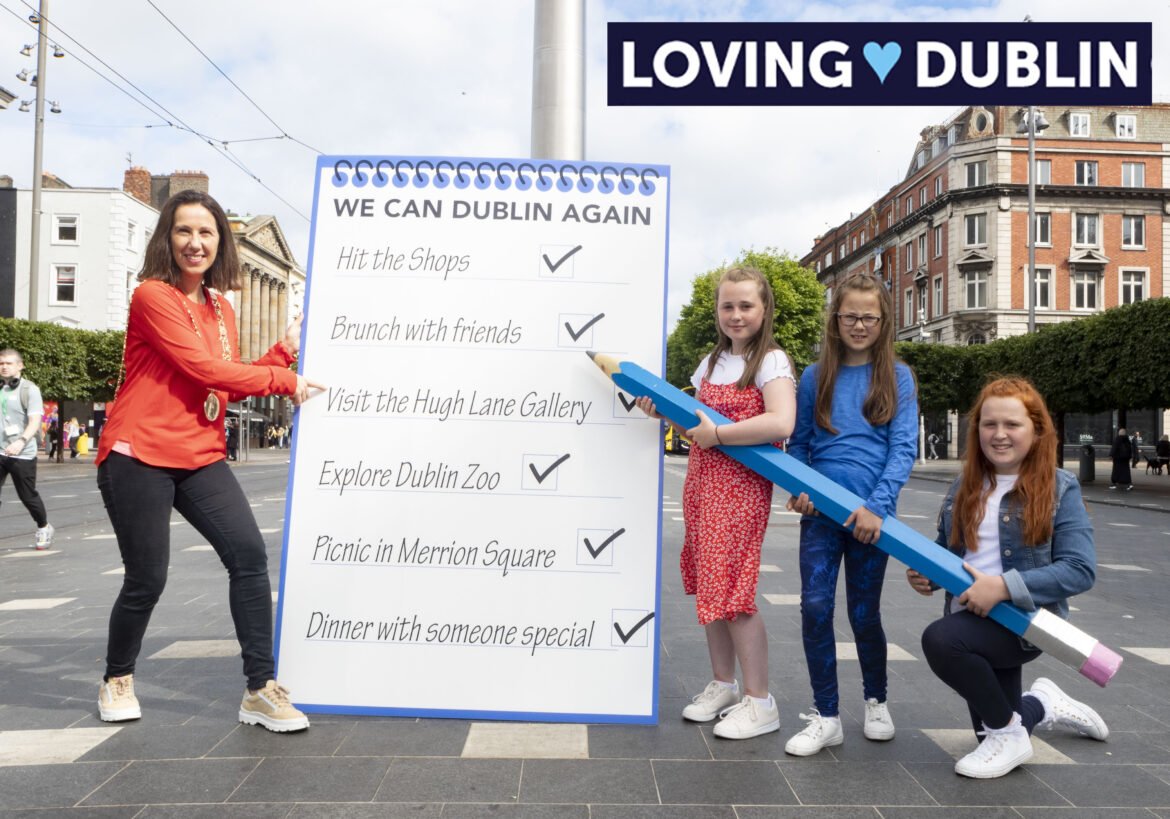 A new campaign called ‘We Can Dublin Again’ is underway for the summer months. Aimed at encouraging everyone to enjoy all the amenities and attractions the city has to offer, the strapline “We Can” can be swapped out for “We can eat out again” or “We can go to the shops again”.

It is designed to get people to think about what Dublin means to them, “To me, it means meeting a friend for an evening, to somebody else it might mean a trip into town with the grandchild. We want to bring back the excitement and the feeling people get when making a trip to the city. It’s about highlighting that trips to the city are special”, says Coilín O’Reilly, Dublin City Council’s Director of City Recovery.

The city centre offers a variety from retail both independent and large, visitor attractions, cultural institutions, along with hospitality. “There is nowhere else you get that in one melting pot like a city centre. Plus there is plenty of availability and really good deals now in hospitality and restaurants” says Coilín.

Other areas have seen increases too include cycling numbers with weekend cyclists almost doubling from pre-Covid figures as cycle lane protection and segregation programmes continue to be implemented although car traffic is also increasing.

“It’s just over a month since outdoor dining resumed, and two months since shops reopened, so these figures are really encouraging. The more people visit the city centre, the more positive they are. Word of mouth is now spreading about how calm and settled the city is now following initial issues. People can see there is a plan and that always helps” says Coilín, adding ”We still have a way to go to get back to pre-Covid levels. However, with restrictions set to ease, we are optimistic that more people will visit the city in the coming weeks and enjoy all the great amenities and attractions it has to offer”.

The findings reflect the behind the scenes work of the City Council to define  experiences and animate public spaces in what the planners call place making. When spaces are comfortable for people to linger in, they become more sociable and offset antisocial activities. Some of the work undertaken to make this happen, includes widened footpaths and traffic-free streets to facilitate outdoor dining. The reallocation of roadway and parking spaces has also helped make eating outdoors a safer place.

It not just infrastructural work that has helped the recovery, the arts which has been hard hit got a boost from outdoor concerts by the Hugh Lane Gallery along with an open call for artists and musicians to perform in public areas over the summer months.

“There has been massive team collaboration between departments from the Traffic Department, Events and the Arts Office, the Hugh Lane Gallery to the Area Offices to name but a few. All have been working together towards a common vision of improving the city centre for the citizen” concludes Coilín.

To learn more go to www.Dublin.ie