A dreamlike journey with a unique vision

A BOY wakes up on the shoreline of an unknown island covered in ruins, and sets off to discover where he is, as a tall tower draws him ever forward.
So begins what I’d hail as one of the best games of the year so far, as well as being a title I can easily recommend. 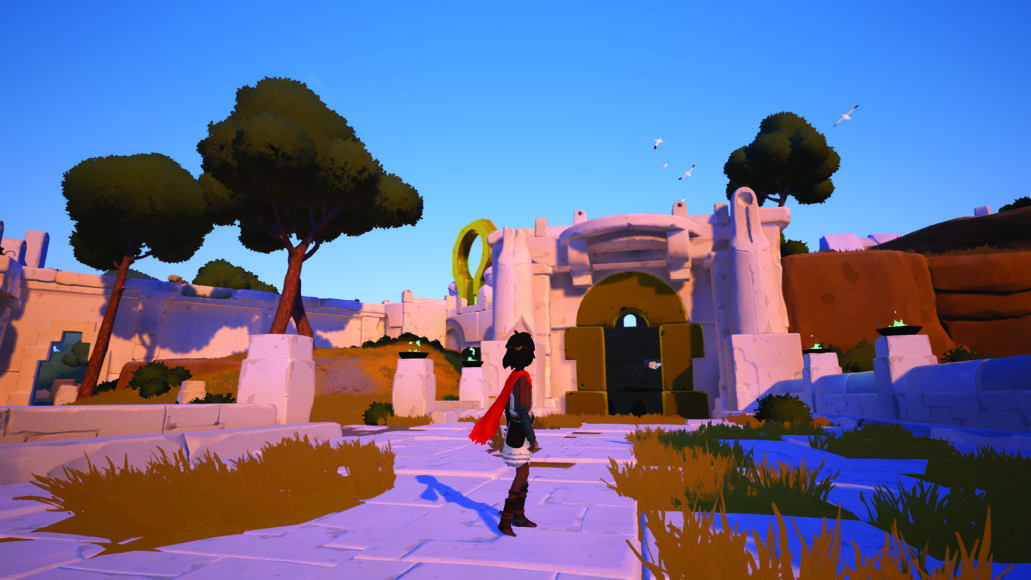 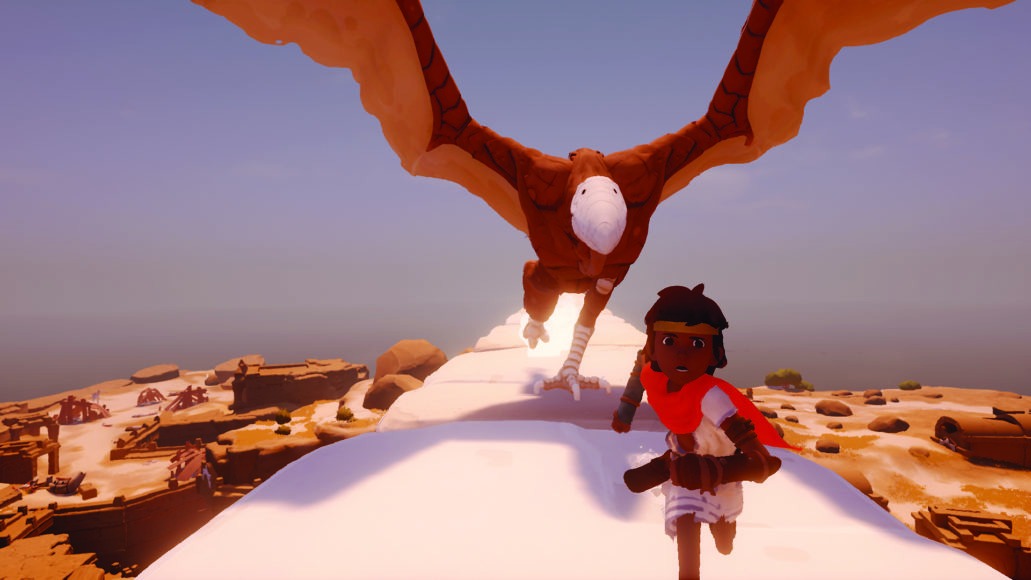 In fact, Rime (PC, PS4, XBO; Switch to follow; Cert 7; c. €25) came out a couple of months ago, but I wanted to hold off on reviewing it until the right moment came along – and as The Gazette’s closing for its summer holidays until mid-August, now seems like the right time for its review. Rime and reason, you might say!

In some ways, Rime’s a curious game. Obstensibly a short (but not too short) game that’s a mix of standard tropes – exploring, platforming, occasional logic and spatial puzzles – there’s nothing here that’s particularly fresh or unique by itself. 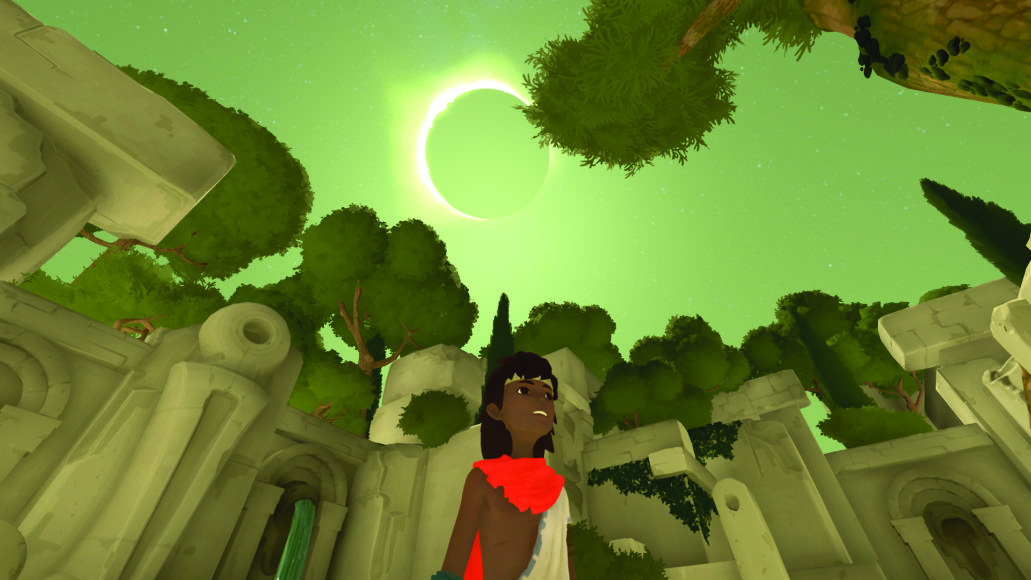 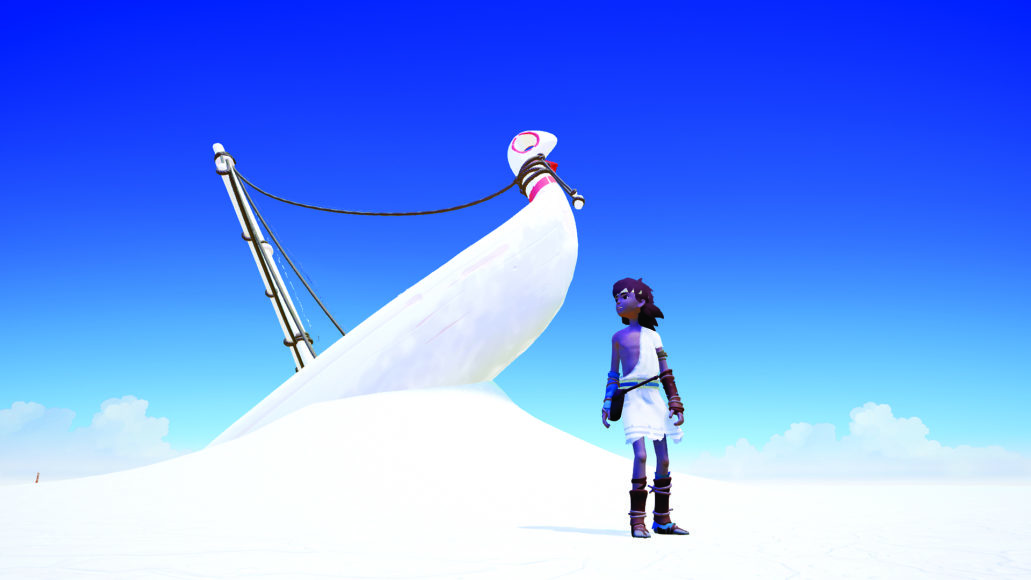 However, while the ingredients are all old-hat, the end result is an unexpectedly accomplished game; one that gave me goosebumps in a few places – and how many games can you say that about?

There’s not much to the game’s narrative, and I can’t say anything without giving away its light plot.

However, while the essentially mute Boy (below) is the only character, there are some narrative hints here and there to piece together an overall story of sorts, one which packs an emotional punch that belies the game’s visuals. 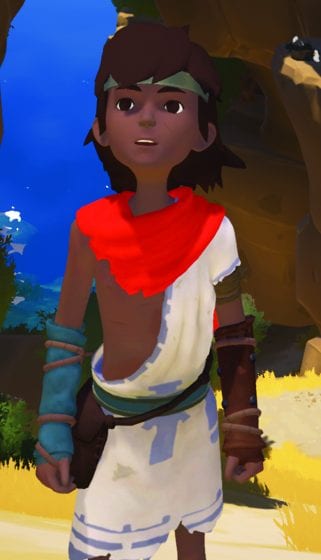 And what visuals! Running with the theme ‘less is more’, Spanish developer Tequilla Works have gone for a deceptively simple yet beautiful smoothed-out, low-detail look.
The end result is a painterly world with a unique visual signature, and environments that sing with atmosphere and subtlety.

Less welcome are the game’s occasional framerate issues – Rime trips up and stutters here and there, which you wouldn’t expect from its gorgeous but not particularly complex visuals. It’s not a huge issue or a game-breaking problem, but it’s fair to mention.

Moving on, and Rime is ultimately an accomplished game with its own identity, but it’s hard not to think of some classic games and other notable external influences that echo and resonate throughout. 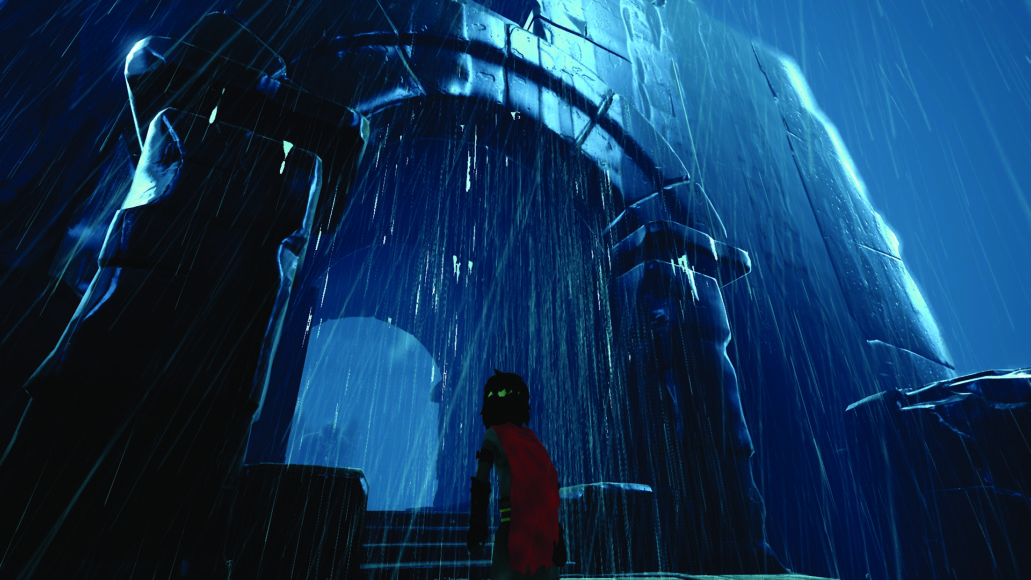 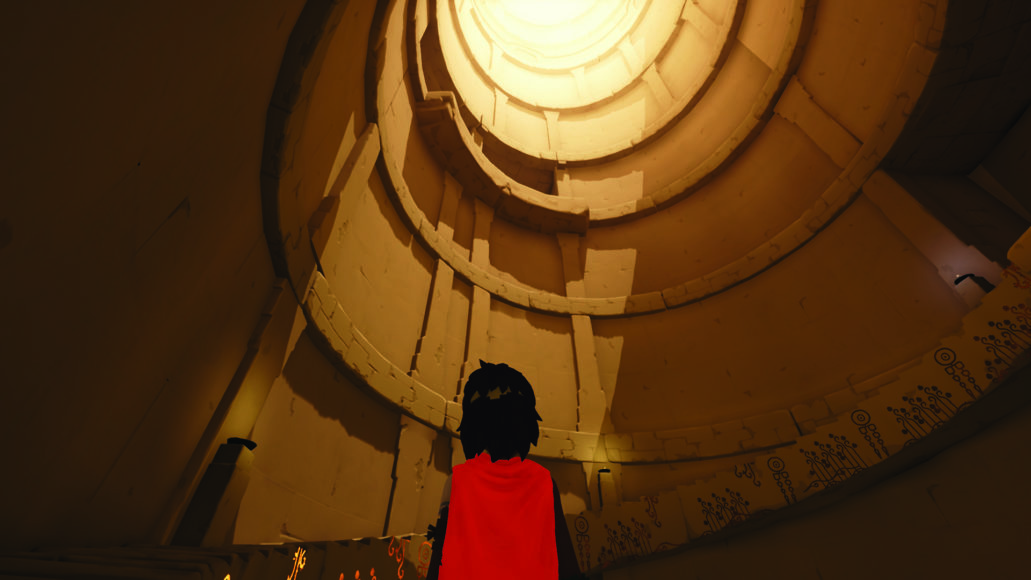 Its mysterious, overgrown ruins may prompt you to think of the peaceful desolation of Ico, or Shadow of the Colossus; its gloomy underwater caverns and swirling fish echo Abzu; the introspective journey forward is like, well, Journey – a game which also has a similar but more refined art style.

Away from gaming, there’s also something very much like the classic manga and anime Princess Mononoke in its character and environmental designs, with Mononoke’s genius animator and designer Hayao Miyazaki’s distinct art style strongly echoed here.

Continuing with some unexpected Japanese influences, the rich, complex soundtrack also brings the work of composer Joe Hisaichi to mind. The soundtrack is an absolute treat for the ears, and easily one of the best game scores I’ve heard in a long time.

Ultimately, despite its initially light and sunny appearance, there’s something deeper, possibly even profound, under Rime’s surface.

While it has some technical faults to patch and iron out, its beautiful settings, melancholy narrative and striking score make it a delight.

Not everyone will like Rime, but even at its worst it’s a game that you’ll remember for a long time after you’ve finish it. There aren’t that many games you can say that about, making it reason enough to get Rime.

Celebrating the best films in the (half-ish)Year In Review

We’re in the midst of a spiritual crisis,...

Delicious lunches with a spicy twist

A new kind of potato base could...

18/09/2019
We use cookies to ensure that we give you the best experience on our website. If you continue to use this site we will assume that you are happy with it.Ok