What to expect: Beaches, beaches, beaches – the bigger the better, it seems. Plus, history-wise, it’s got great credentials, with a timeline that stretches back more than 4,000 years.
Where to go: The north coast. As well as the long beaches, you’ve got cosmopolitan towns in Lassithi, the historic region of Heraklion, family-friendly Rethymnon, and the waterfront tavernas of Chania.
What to do: Root around Chania Town’s Venetian-Turkish streets. Visit the Palace of Knossos. Hike the dramatic Samaria Gorge. Then spread out on the 12-kilometre-long beach at Rethymnon.
Anything else? Crete claims to have the longest summer in the Mediterranean – it’s usually beach weather from April to October. 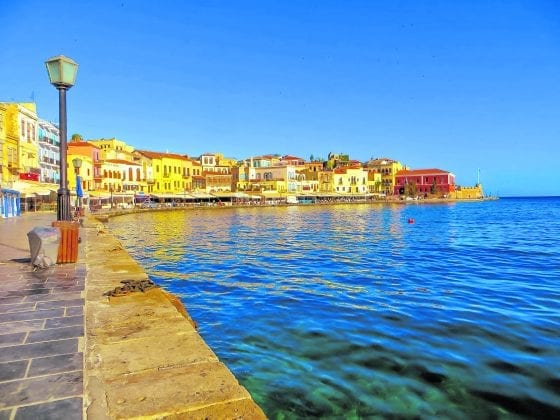 What to expect: A bit of everything, from low-key towns to lively beach resorts.
Where to go: For a bit of peace and quiet, head north to Gouvia and San Stefanos. They’re all about family-run tavernas and laid-back beaches. For first-rate nightlife, put Kavos at the top of your to-stay list.
What to do: Relax on one of Sidari’s 3 beaches. Raid the jewellery shops and seafood restaurants in Corfu Town. Shoot down the slides at Aqualand waterpark.
Anything else? It’s well worth straying from civilisation – olive groves and wild flowers blanket Corfu’s green countryside. 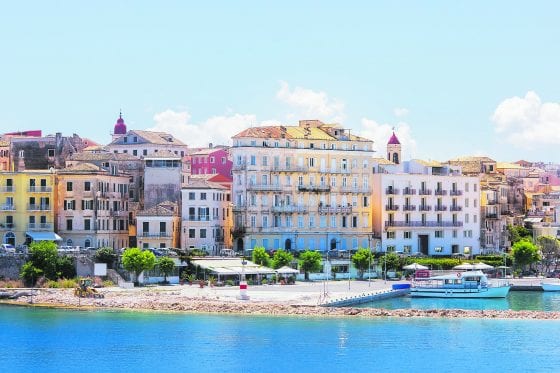 A view of Corfu Town, the capital of the island of Kerkyra, or Corfu, seen from the sea

KOS
A good-sized island that brushes the Turkish border.

What to expect: Every type of beach you can imagine. Long swathes of sand and cosy coves necklace a hilly interior peppered with villages and castles.
Where to go: Kos has 2 very different sides. Traditionalists favour Kefalos, with its cottages, ruins and windmills. On the other hand, party animals aim for the lively double act of Kardamena and Kos Town.
What to do: Soak in the hot springs of Thermes. Get a bird’s-eye view from Mount Dikeos. Step back in time at the ruins of Asklepieion. Snack on calamari in Kos Town.
Anything else? Greeks, Romans, Ottomans and Italians have all called Kos home at one time or another. 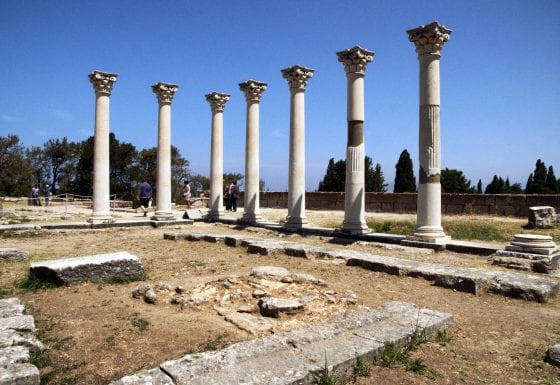 The ancient ruins of Asklepieion

Zante
This middle-sized Ionian Island also goes by the name of Zakynthos.

What to expect: A mix of peaceful fishing villages and party towns, plus some of the best beaches in the Med.
Where to go: All over, although most resorts are in Zante’s eastern half. Head over to the coast, and you’ll come across turtle-friendly coves and caves. Inland, there are miles of flower-freckled countryside.
What to do: Stroll along the harbour in Zante Town. Sip a cocktail on private Cameo Island. Hit the bars and clubs in Tsilivi. Watch the sun set from a clifftop in Smuggler’s Cove.
Anything else? Zante is the most important nesting site in the Mediterranean for loggerhead turtles.

What to expect: The stuff of legends – be it the ancient ruins, extra-long beaches, or the famous east coast nightlife. There are quieter spots, too, including both fishing and mountain villages.
Where to go: To find the best beaches, head east – the long coastline is an uninterrupted ribbon of sand. In the west, meanwhile, you’ll unearth hamlets piled high with villas, windmills and monasteries.
What to do: Discover the Old Town of Rhodes. Dive into the waterparks in Faliraki. Snorkel at Lindos Beach. Dine in sight of the acropolis in Lindos’ town square.
Anything else? Consider yourself a night owl? Then Faliraki is your place. Its popularity with the 18 to 30s crowd has created a roaring club scene that rivals Ibiza’s top spots. 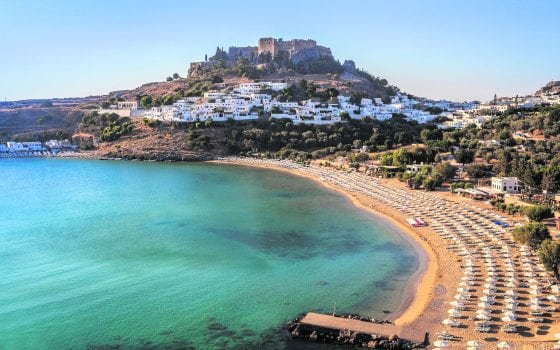 Plenty of exciting packages for Dubliners in this...

Fame has been ‘weird but nice’ for...

19/06/2014
We use cookies to ensure that we give you the best experience on our website. If you continue to use this site we will assume that you are happy with it.Ok