Boning up on dinosaurs

DUBLIN Zoo’s latest attraction, Zoorassic World, is sure to get a roar or two of approval from visitors to the brand-new home for reptiles of the past and present.
With lots of fun dino- and reptile-related features at the latest attraction at the zoo, the lord of them all has to be Stan – a towering life-size replica fossil skeleton of a male adult Tyrannosaurus Rex that lived 65 million years ago.
Stan’s name isn’t very exciting (sorry, Stans everywhere), but the big, bony beast is very impressive in the flesh, standing 3.7m high and 12.2m long.
He’s not alone – other replica dinosaur skeletons at Zoorassic World include a Velociraptor, Oviraptor, Anhanguera, and an Archaeopteryx, plus life-sized replicas of a Galapagos tortoise and a Komodo dragon, while Zoorassic World is also now home to the zoo’s many living reptiles.
For further information, see www.facebook.com/dublinzoo and www.dublinzoo.ie. 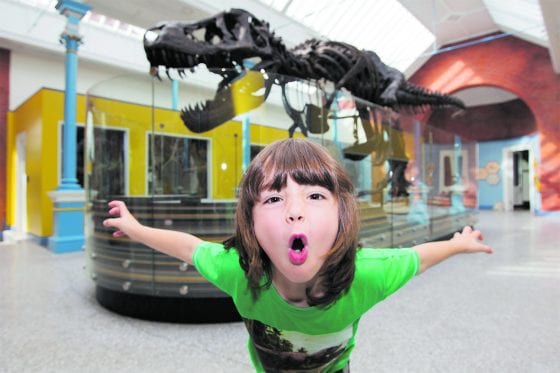 Join the crowd to control the music
HEADING to some concerts this summer? Make sure to check out Live Your Music, a new concept from Heineken.
Debuted at Sea Sessions festival in Donegal last month, the concept hands over control to the crowd, empowering them to programme the lighting, the visuals and the atmosphere, with a few surprises thrown in.
This weekend, July 14 – 16, Live Your Music will descend on Longitude in Marlay Park with a fully responsive, custom-built space featuring DJs and collectives from the worlds of house, disco, hip-hop and R&B, including Lui Rwego, Bobofunk and District Magazine.
Music fans can join the crowd and sign up for exclusive experiences at: www.heinekenmusic.ie.

Big adventure for chain’s mini Ceo’s
HOTEL brand Radisson Blu has announced a unique nationwide search to find a new board of directors with a difference – a group of Mini CEOs (Child Entertainment Officers) are being sought to help consult on the hotels’ family offering across the UK and Ireland this summer.
The chosen mini CEOs will win a free stay at a Radisson Blu of their choice for them and their family, along with all the perks of a weekend getaway, including free restaurant meals.
Boys and girls between the ages of 6 – 10 years can apply for the role (and ask their parents or guardians to be a reference for them), with their ‘duties’ to involve reviewing leisure facilities in the hotels.
For further information and to nominate, see http://www.radissonblu.com/miniceo.

Dispense an award to your pharmacist
DUBS are being called on to nominate Ireland’s most dedicated pharmacists.
The Clanwilliam Pharmacist Awards have launched for 2017 and the organisers want Dubliners to nominate pharmacists who go above and beyond for their patients.
You can fill out an online nomination form before the July 21 deadline, with the winning pharmacist to be recognised in the company of hundreds of their peersat the Clanwilliam Pharmacist Awards in November.
An adjudicating panel comprising pharmacists from various branches of the profession will select three finalists for each category, to be announced in October, with and a winner in each to be revealed on the awards night.
To make your nomination, see http://www.pharmacistawards.com/ 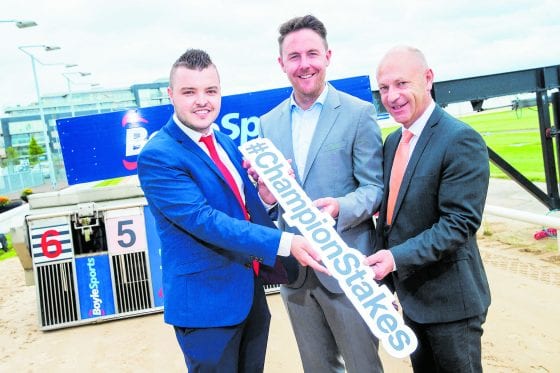 Race over to €32k champion stakes
READY to race over to some exciting events at Shelbourne Park? You should be, as the popular stadium has laid on some summer sports highlights to look out for.
Kevin Hennessy and Leon Blanche, representing Irish Independent bookmaker BoyleSports, are pictured (left) with Shelbourne Park racing manager Declan Carey at the launch of a bumper calendar of racing events at the greyhound stadium.
The BoyleSports Champion Stakes, worth more than €32,000, run over two weekends in July and August.
For further information on the calendar of events, see www.shelbourneparkgreyhoundstadium.ie.

Slide into town this weekend for 98fm’s Big Slide Festival

Kids were game to pick up some top tennis tips